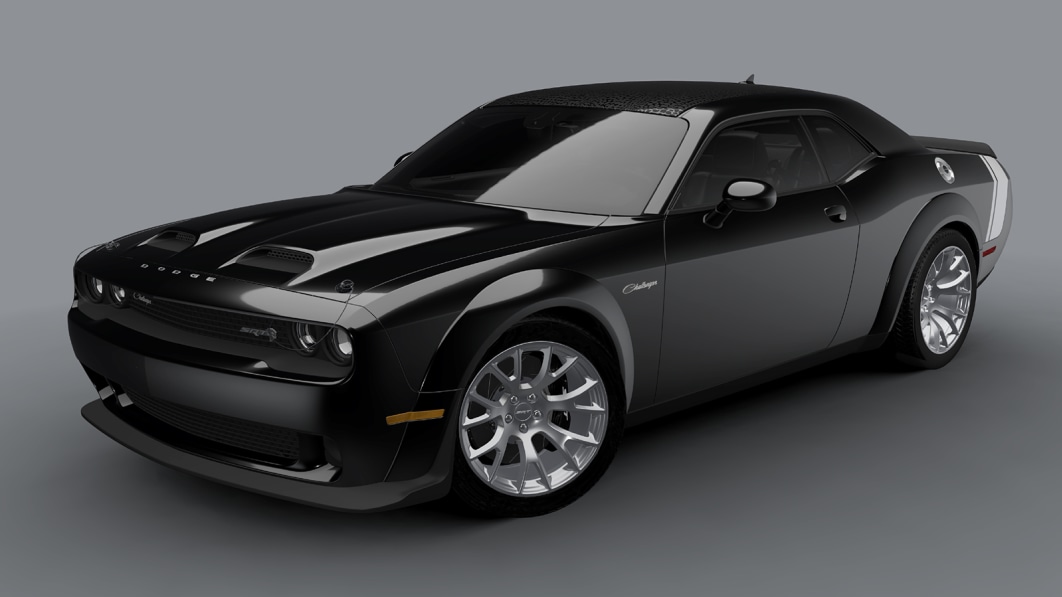 Dodge has shown the second-to-last special edition Challenger for the final year of the burly muscle car, and this one is arguably the coolest. It’s the 2023 Dodge Challenger Black Ghost. It’s designed and named after a single, special 1970 Challenger that became a Detroit legend.

The original Black Ghost was a 1970 Challenger R/T SE owned from new by Godfrey Qualls. It was painted black with a black vinyl “gator skin” roof, white rear stripes and a variety of other high trim options. It also had a 426-cubic-inch Hemi V8 and manual transmission. Qualls then proceeded to regularly trounce other muscle car drivers in street races around Detroit, enough so that he and his car reached mythological status. But it was very real, and it’s still around. It also has become part of the National Historic Vehicle Register. You can see the whole documentary about the car below.

As for the Black Ghost tribute, it’s thorough, and fitting. Just like the original, it’s all black with white tail stripes and a modern take on the gator vinyl top. It also gets chrome “DODGE” letter badging on the front fascia, hood pins, Challenger script badges and a chrome fuel filler flap. Inside, it has black leather and Alcantara with carbon fiber trim.

Performance is also appropriate for a Black Ghost tribute. It gets the Jailbreak-spec supercharged 6.2-liter V8 making 807 horsepower. Though it is still automatic, seeing as that’s the only transmission available with that engine.

Only 300 of the Black Ghost models will be built, making it one of the rarer Last Call models along with the Charger King Daytona. Prospective buyers will be able to find where the Black Ghost Challengers will be available at DodgeGarage.com. With the reveal of the Black Ghost, there’s only one more Last Call model left to be shown, but not until the SEMA show at the start of November. Dodge is promising that the last of the last will go an extra step beyond the other special editions that have had a mix of unique trim pieces and existing powertrains.

Hyundai reveals it nearly made a mid-engine supercar

Hyundai reveals it nearly made a mid-engine supercar