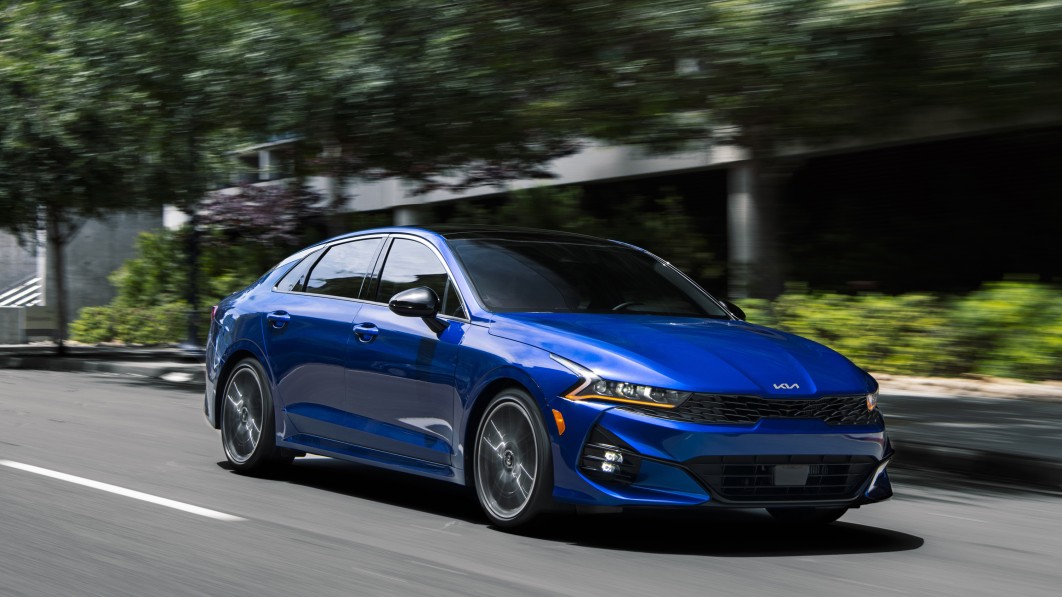 Those who end up behind the wheel of the Kia K5 get out making the approving noises you’d want to hear about a mid-sized sedan that’s not a Camry or an Accord and that has somehow avoided the axe. The Kia K5 gets hardly any press, though, even from its maker. The out-of-sight, out-of-mind routine works in the K5‘s favor again, Kia announcing in a very brief press release the few changes coming to the 2023 sedan. The five current trims will be trimmed to four, the base LX model pruned from the tree. That pushes the entry-level price up a few thousand dollars, the LXS the new starting point. Prices for the 2023 K5 after the $1,095 destination fee are:

The LXS can’t be had with all-wheel-drive anymore. That leaves just the GT-Line with the option of turning the rear axle, the rest are front-drivers only. The GT-Line can be optioned with a Panoramic Roof Package that puts a big glass panel over the occupants, plus it adds gloss black exterior trim on the greenhouse outside and ambient lighting inside. Buyers that upgrade to the GT-Line AWD get a heated steering wheel thrown in, too. The GT-Line, EX, and GT come with acoustic glass for the front door windows as standard. That’s all for the new model year revisions.

Engine choices hold steady, everything but the GT being pulled by a turbocharged 1.6-liter four-cylinder making 180 horsepower and 195 pound-feet of torque sent through an eight-speed automatic transmission. The GT earns its badge with a turbocharged 2.5-liter four-cylinder making 290 hp and 311 lb-ft that gets shifted through an eight-speed dual-clutch gearbox.