The new 2023 Ford F-Series Super Duty is packed full of new tech and utility features. We were able to give you a wide overview in our main Super Duty reveal post, but some of these features are worth diving into even further. Therefore, we give you: 6 neat features of the new Super Duty.

It’s easy to direct your focus to the new, larger grilles and faces of the Super Duty, but doing so would mean you miss the fancy (and not-so-fancy) new features hiding in the rear. To begin, it’s rocking a new backup camera and sensor system we’ve never seen before on a truck. Ford calls the new features “Tailgate Down Camera” and “Tailgate Down Reverse Sensing System.” No, they’re not catchy, but they explain exactly what’s going on.

For every new truck sold today, if you put the tailgate down, your backup camera becomes useless, as it’s facing down at the ground. This isn’t an issue in most circumstances, but we can think of plenty in which it is an inconvenience. For example, maybe you’re hauling a longer load that extends beyond the tailgate, necessitating that the tailgate be open. Or perhaps you’re backing up to get connected to a gooseneck trailer. Both of those situations would mean no backup camera and no rear sensing system in the old Super Duty, but not anymore! Ford has installed a secondary backup camera and secondary sensors on the top of the tailgate (seen in the photo at the top of this post), so that when you pop it down, the experience is identical to what you might get with the tailgate up. And sure, it involves an extra camera and sensing hardware (surely adding cost), but it’s an innovative feature that solves a problem many have just accepted. 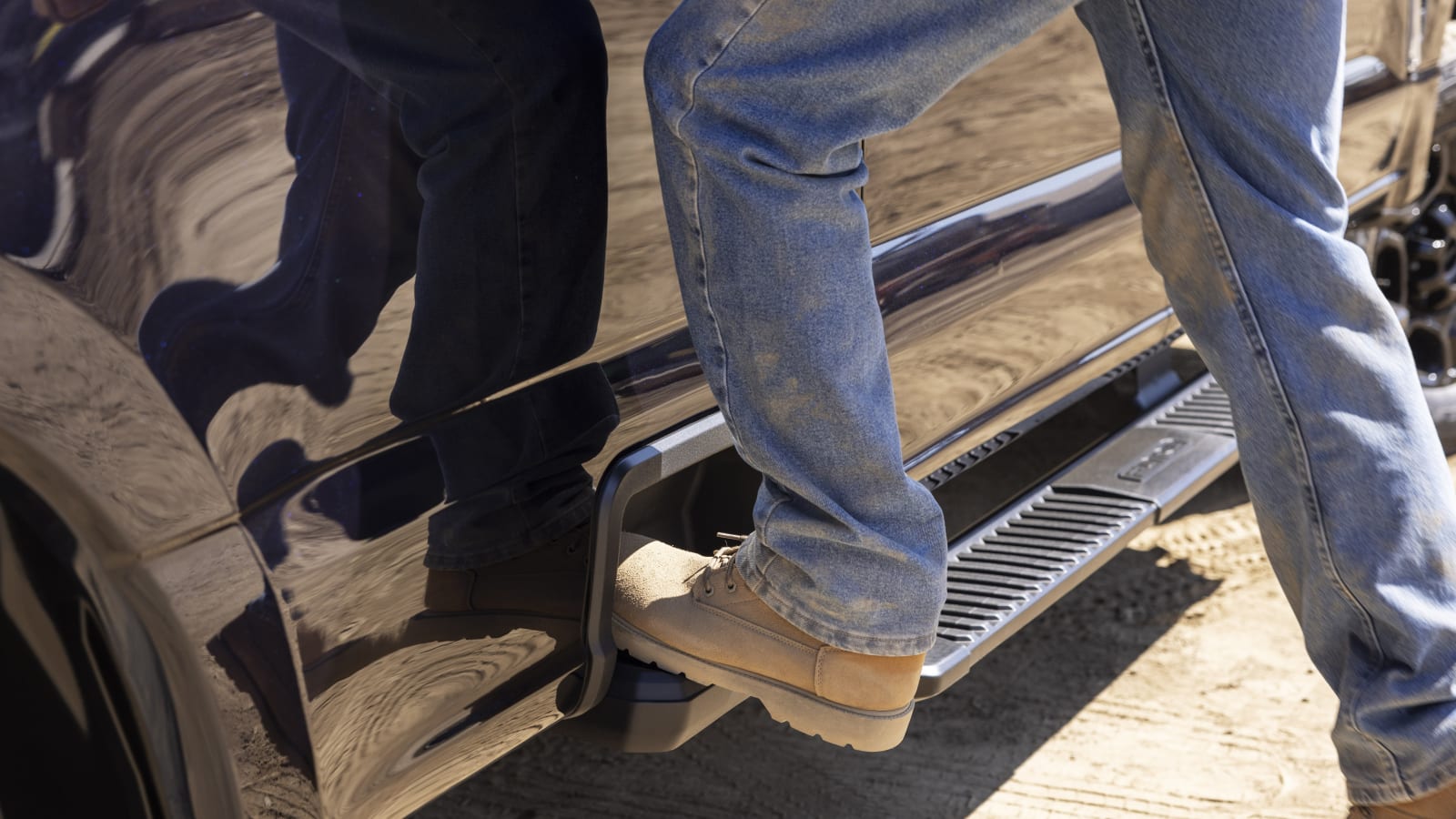 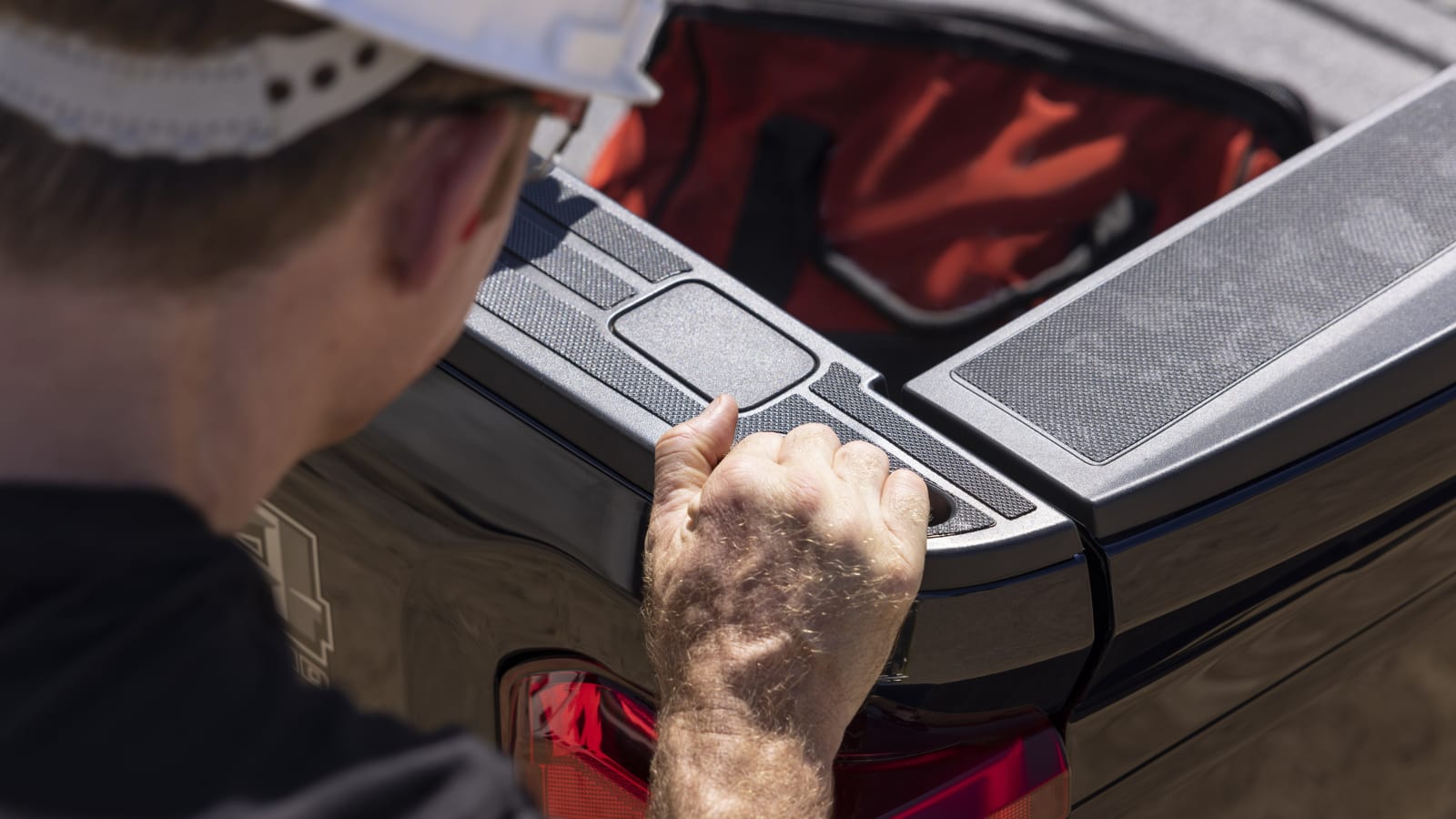 Great ideas to improve trucks are often seen and then copied by competitors, and the Super Duty’s new rear bumper and side steps are a perfect example. GM has offered rear bumper and side steps on its pickups for some time, and now Ford has them, too. It makes perfect sense to do — trucks (especially heavy duty-style trucks) are huge these days, and you can’t just reach into the bed from the ground to grab things. To facilitate your quick access into the bed without needing to drop the tailgate and crawl up in there, Ford added steps on either side of the rear bumper and directly in front of the rear wheels to help you up. This means no more awkwardly climbing onto the rear tire to quickly grab what you need. There’s even a little grab handle on the tailgate to make sure you don’t fall backwards as you’re scaling the truck’s rear. 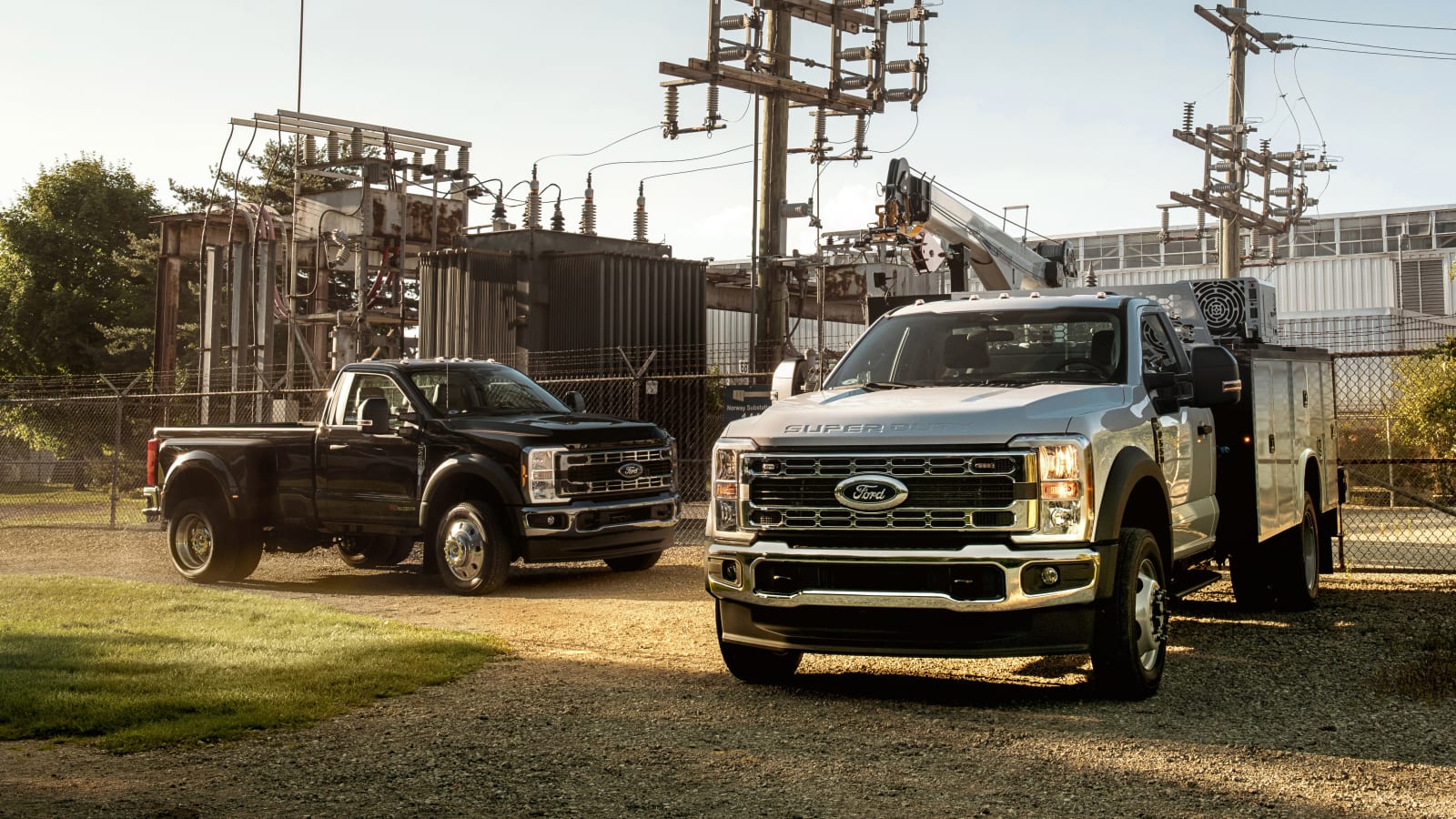 The possibilities for this are essentially what folks make of it. Cloud-based software from the upfit equipment will need to be designed to integrate with the Ford’s systems, which will then allow you to map digital buttons to specific controls. Ford says the system even allows you to program in safety interlocks, so you could theoretically program the truck to not shift into drive with a raised boom lift. We’re pretty excited to see what folks end up using this tech for. 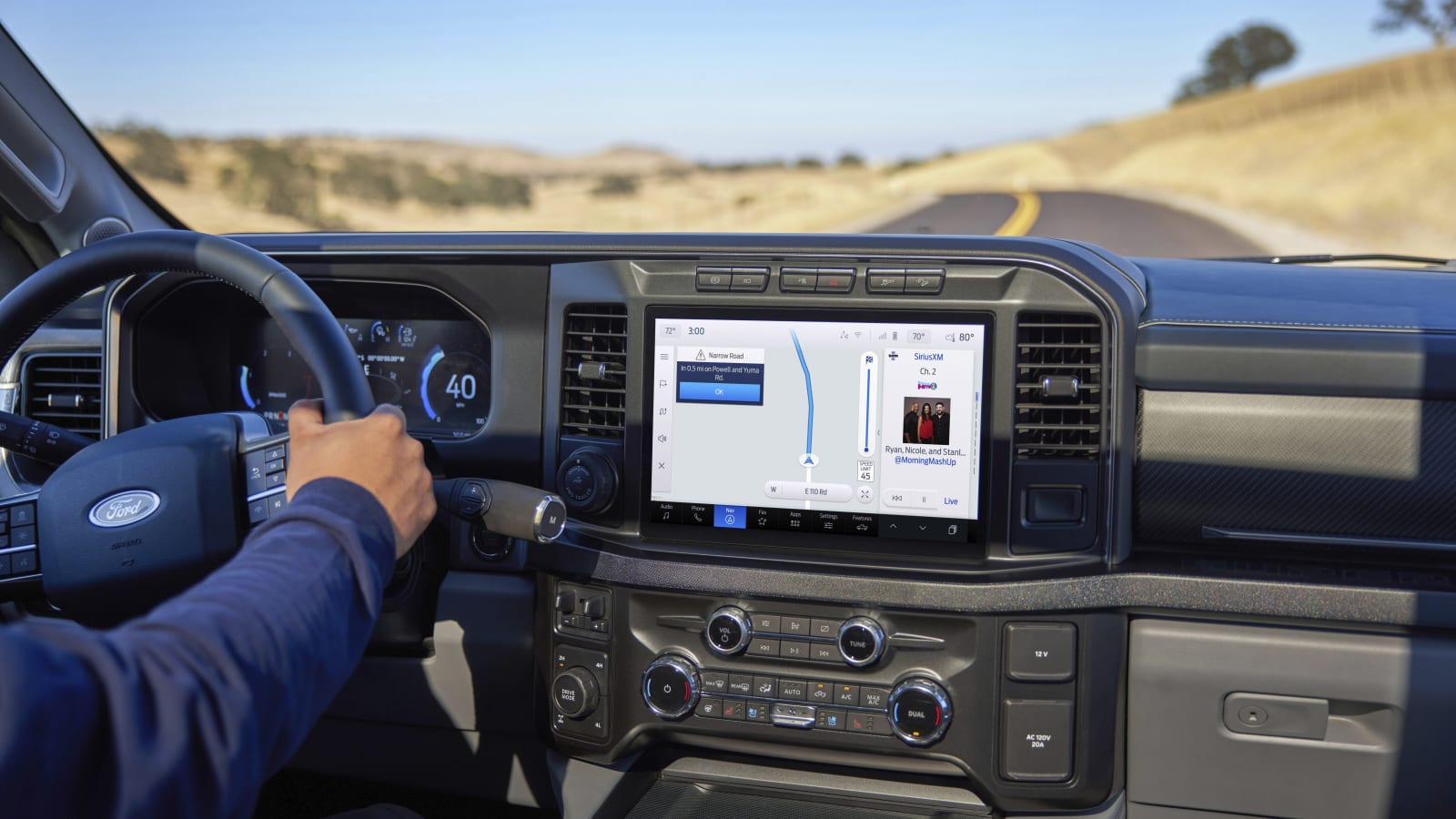 Ever driven down a street or highway that didn’t accommodate your enormous trailer? If that sounds like you, Ford says it has a solution called “Trailer Navigation.” New Super Duty owners will simply enter in their trailer dimensions into the infotainment system, and Ford says the nav will handle it from there. It has bridge heights, tight turns and other potential trailer hazards programmed into the navigation, so if your route happens across a problem area, it will automatically reroute you around it. We’ll have to try the nav system out ourselves to see how accurate and smart it is at routing around problem areas, but it’s a promising native solution for those who trailer large loads with frequency. 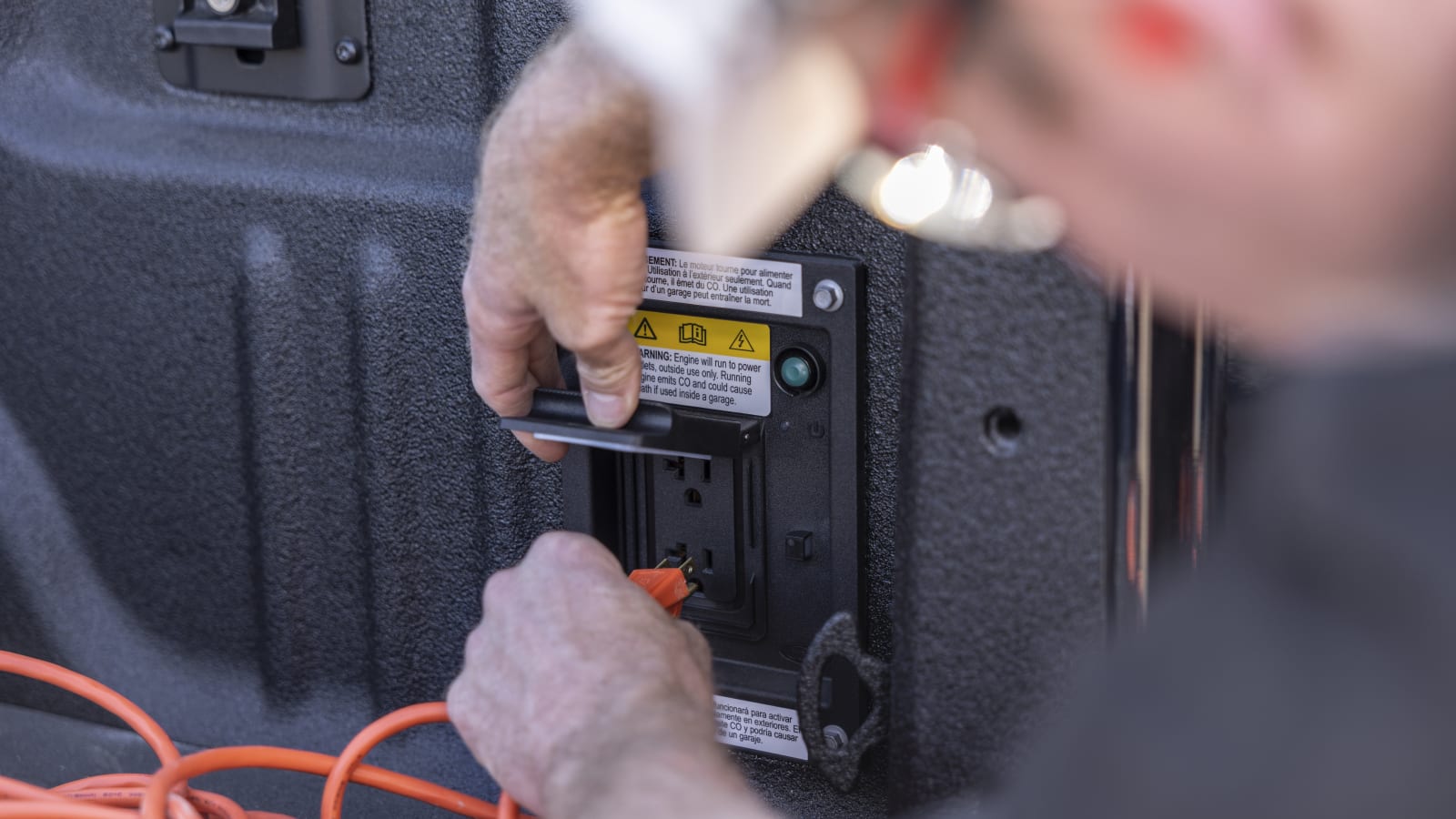 The F-150 got these innovations first, but it’s still a big deal to see them on the Super Duty. The big one is Pro Power Onboard. Ford has added its Pro Power Onboard generator system to the Super Duty, and it’s being made available at the 2.0 kW power level. That’s not as impressive as the F-150 PowerBoost hybrid’s 2.4 kW and 7.2 kW systems, but it’s still plenty to get a lot of work or play done. Just like in the F-150, your outlets are in the bed and inside the truck. However, for chassis cabs, Ford says outlets can be mounted elsewhere with a special outlet installation kit. Pro Power Onboard will be available on every trim level, but will be standard equipment on Lariat and above. 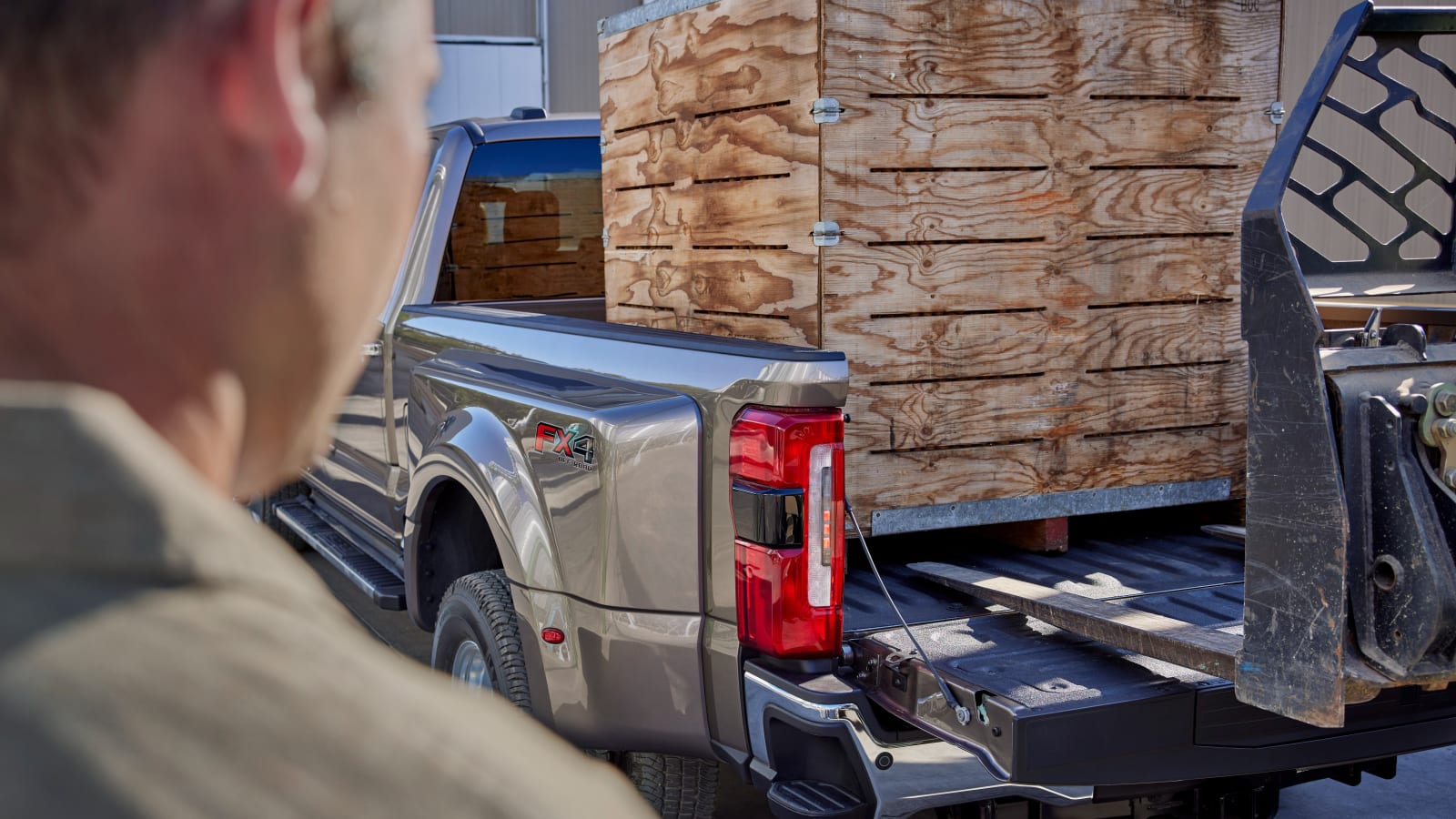 Onboard Scales and Smart Hitch

There isn’t much new here when it comes to the Super Duty application of Onboard Scales and the Smart Hitch, but it’s great to see Ford applying this technology to the Super Duty where it’ll likely be used much more often than in the F-150. Ford says that approximately 96% of Super Duty owners use their trucks to tow, so there’s no better way to ensure you’re doing it safely than with the Smart Hitch that provides guidance on the trailer tongue weight distribution. Ford promises best-in-class payload, too, so you’ll be able to visually see how much weight can be set into the bed with the Onboard Scales feature.