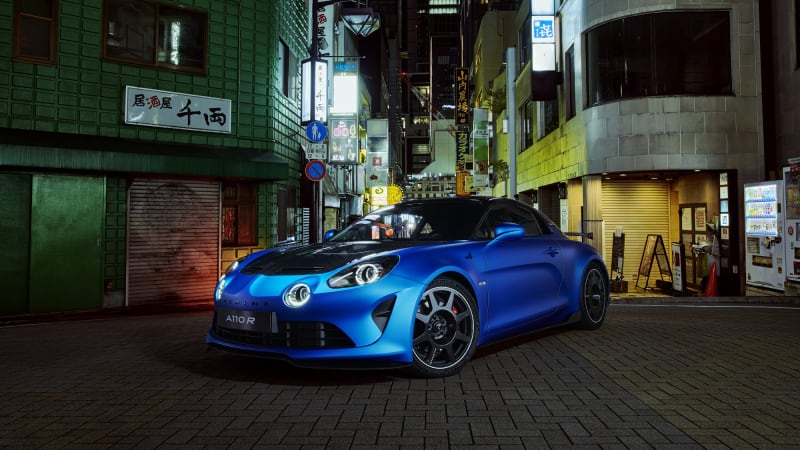 One of Europe’s tastiest forbidden fruits just got even better. Renault-owned Alpine announced an evolution of the A110, a heritage-inspired coupe powered by a mid-mounted engine, that’s decked out with carbon fiber and fitted with a long list of racing-derived components.

It’s not too far-fetched to argue the A110 didn’t need to lose weight; at around 2,456 pounds in its heaviest configuration it weighs about as much as a Mazda MX-5 Miata. Alpine nonetheless put the coupe on a diet, and the A110 R tips the scale at 2,385 pounds. The list of specific parts includes a carbon fiber hood, 18-inch carbon fiber wheels that channel more cooling air to the brakes, and a carbon fiber insert that replaces the rear window. Inside, the company added a pair of single-shell Sabelt seats made with carbon fiber and six-point harnesses.

Engineers also went to significant lengths to improve the A110’s handling. The R model receives a body kit developed in a wind tunnel that includes redesigned front splitter, side skirts, a rear spoiler on swan neck-shaped mounts, and a wider rear diffuser. There’s more to it than initially meets the eye: The underbody is completely flat. All told, these parts add about 64 pounds of downforce while reducing drag by 5%.

Power comes from a turbocharged, 1.8-liter four-cylinder engine tuned to develop 300 horsepower at 6,300 rpm and 251 pound-feet of torque from 2,400 to 6,000 rpm. Alpine quotes a 0-to-62-mph time of 3.9 seconds and a 177-mph top speed. Brembo brakes keep the power in check, and a retuned suspension system with adjustable shock absorbers helps enthusiasts make the most of the A110 R. And, since sound is part of the sports car experience, Alpine removed the valve from the exhaust system to let drivers better hear the engine.

Alpine hasn’t announced pricing information, but don’t get your hopes up: Nothing suggests the A110 R will be sold in the United States.