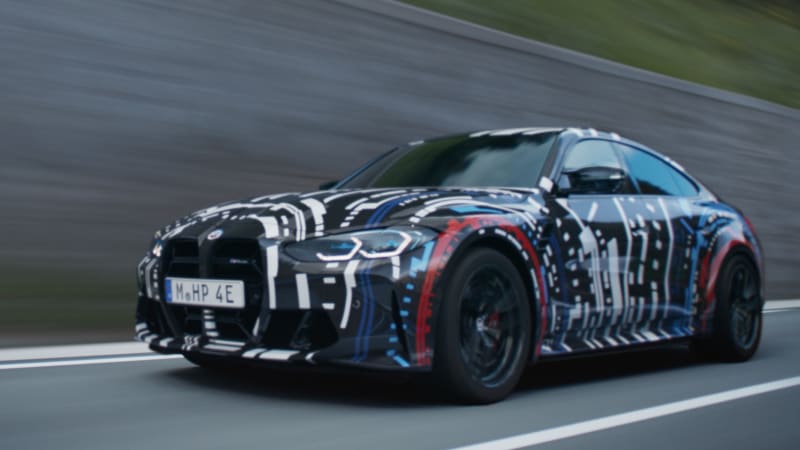 BMW’s portfolio includes several M-badged electric cars, like the iX M60, but every full-blown M model released to date has been piston-powered. That’s set to change in the coming years: BMW M has started testing a battery-powered, i4-based prototype with four motors.

The test mule is an evolution of the i4 M50 sedan with punched-out wheel arch flares and front-end parts borrowed from the M3/M4 duo. While that’s an interesting proposition on its own, it’s what’s under the body that counts: power comes from four electric motors (one per wheel) that deliver through-the-road all-wheel-drive. BMW M hasn’t released details like horsepower, weight, and driving range, however.

BMW notes that assigning each wheel its own motor unlocks several benefits including precise, variable, and quick torque distribution. In theory, the prototype can be front-, rear-, left-, or right-wheel-drive. The motors are linked to a central control unit that monitors a number of parameters, like road conditions and the driving style, and distributes torque accordingly. It can make changes in mere milliseconds.

There’s no word yet on what the future holds for this wide-bodied i4. BMW explains that it’s testing the prototype in real-world conditions to gather data about the powertrain and fine tune it, but it hasn’t announced plans to bring the model to series production.