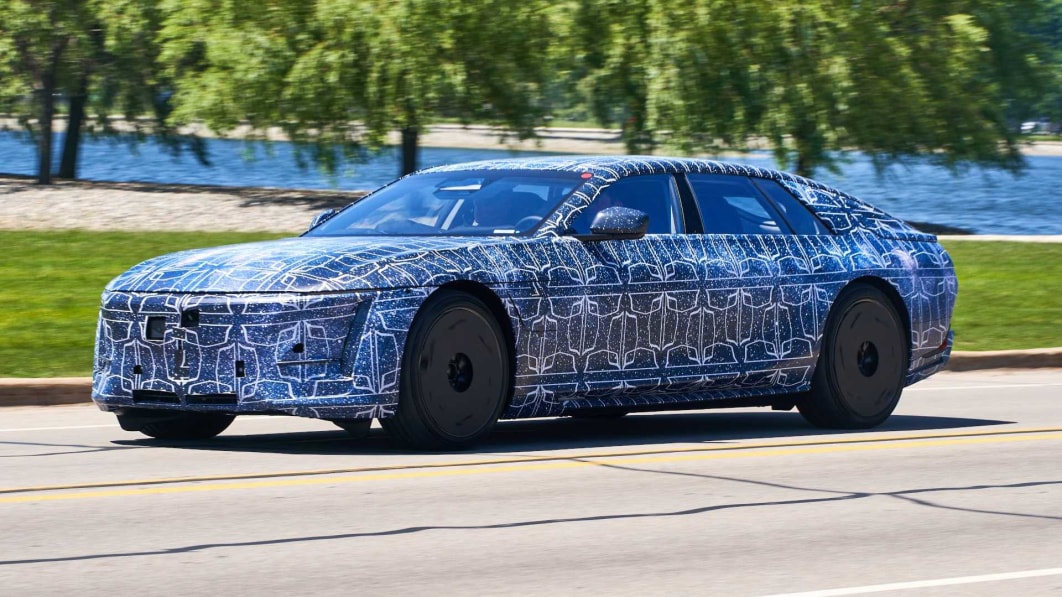 We’re really digging the first two railgun shots fired in Cadillac’s battery-electric revolution. And with the Celestiq, we’re talking about a substantial shot in almost all ways. GM engineers took the big hatch for its first test drive outdoors, cruising the grounds around the GM Technical Center in Warren, Michigan where craftspeople have been fine-tuning the build processes to assemble production versions by hand. Cadillac didn’t share the car’s dimensions at the debut a month ago, but photos from the initial drive make it seem like something wicked large this way comes.

Celestiq program manager Jeremy Loveday said, “It’s a huge moment for everyone at Cadillac to see Celestiq roll off the line at our pre-production facility and drive out onto public roads for the first time. There is so much more to come, and we are looking forward to continuing the development of Cadillac’s newest flagship.” Emphasis on the word “ship.”

In fairness, length probably won’t be far off today’s maxi-sized and maxi-luxed sedans like the Mercedes-Maybach S-Class and Bentley Flying Spur, but the Celestiq’s roof and ground clearance look so low as to make it seem items in the trunk will arrive at the destination three minutes after the driver. We’re not sure if the camouflage, made up of Cadillac crests, enhances or diminishes the effect. For an idea of scale, those are Michelin Pilot Sport EV tires wrapping 23-inch wheels front and back.

What we can tell is that the prototype retains all the major strokes we dug about the concept; the biggest change seems to be swapping U.S.-legal rearview mirrors for the cameras on the reveal model. The production version is expected to get its day onstage later this year. The retail model is thought to be two years away, showing up sometime in 2024 as a 2025-model-year offering rumored to get a price even mightier than its length. Bring it.