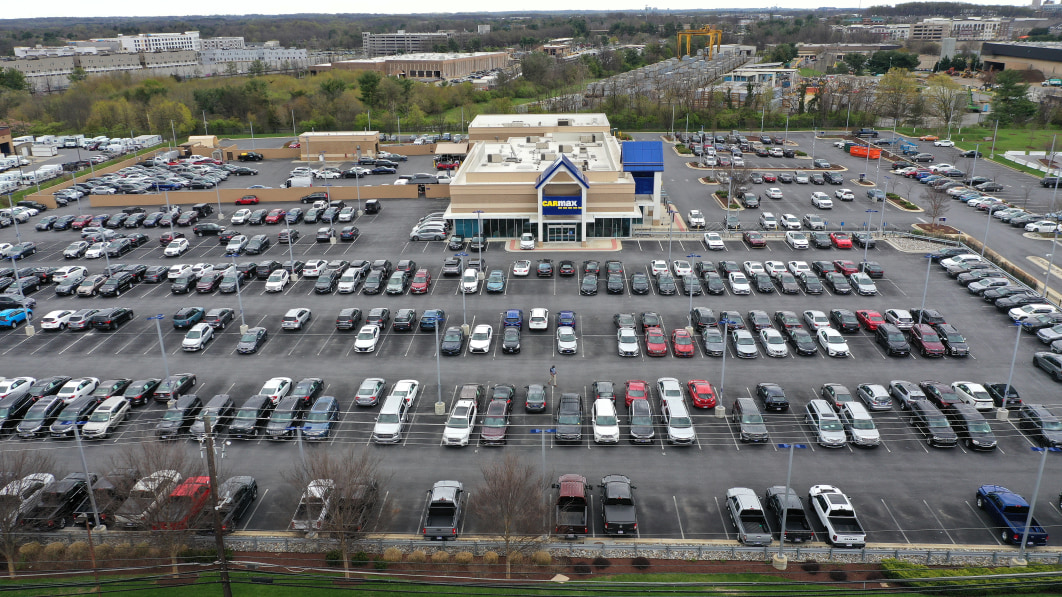 New-car sales are expected to rise in the just-ending third quarter, but a deteriorating market for used vehicles  — which sent CarMax Inc. shares tumbling Thursday — suggests trouble ahead for automakers.

The resale market often indicates where new-car demand is headed — and CarMax said vehicle sales dropped in the three months ended Aug. 31. Both consumers and wholesalers — they all buy from CarMax — pulled back, the company said.

“This is a correction period because prices were so high for the last year,” said Chris Frey, senior manager for economic and industry insights at Cox Automotive. “There aren’t as many buyers at auction than there have been.”

Dallas-area dealer Dane Minor is used to finding ready buyers for his used cars at wholesale auctions. With a semiconductor shortage limiting new-vehicle production, prices for pre-owned models soared and vehicles sometimes sold for more than new cars. But the market has begun to weaken, and some models are selling below asking price.

“Six months ago if you took a nice car to the auction, it was like piranha,” said Minor, the managing partner of Freeman Toyota in suburban Dallas. “Now we’re seeing softness in the market.”

CarMax made it clear consumers were hit by a triple whammy: Inflation is making cars less affordable, rising interest rates make them tougher to finance and consumer confidence is ebbing.

Prices rose for the vehicles that CarMax sold in the quarter, but that came at the expense of volume. Total vehicle sales fell 10% from a year ago — with retail down 6.4% and wholesale down 15%.

No longer assured of getting what they paid for trade-ins at auction, some dealers are redirecting inventory toward their own used-car lots to see if they have better luck getting full price from retail buyers. CarMax, for example, shifted some inventory from wholesale to retail to meet shopper demand for lower-priced vehicles.

Average used-vehicle prices spiked in early May to a record $28,375, but they have slipped since then and averaged $28,205 in July, according to data from Cox. The average listing price is up 11% from year ago, Cox said.

Manufacturers are starting to get more of the semiconductors they need to complete vehicles and are slowly boosting production. But supplies are still lean, and automakers are selling everything they can build. As a result, analysts say sales in September — and the third quarter — probably rose.

J.D. Power estimates US new-vehicle sales will reach 1.12 million units in September, a 12% increase from a year ago. Power also forecasts that seasonally adjusted annual sales for the month rose to 13.6 million units, up 1.5 million units from 2021. Sales for the quarter probably inched up 0.2% to 3.37 million vehicles but are likely down 13% during the first nine months, Power said.

New-car prices rose 6.3% in September to record average of more than $45,000, a slowdown from the 10% rate that has prevailed for the year to date. Modest increases in production are helping to tame new-vehicle inflation, said Thomas King, president of the data and analytics division at J.D. Power.

“Overall, this points to some deterioration in per unit pricing and profitability in the coming quarters,” King said.

Cox Automotive predicts September sales will be up 7.7%. Most automakers have more inventory now than they did a year ago, according to Cox. General Motors Co. and Tesla Inc. will likely be big winners in the quarter, while Japanese automakers, especially Honda Motor Co. and Nissan Motor Co., struggled the most with supply-chain issues.

Interest rates are also starting to take their toll. For lower-income buyers and consumers in the middle tiers of credit, higher financing costs are starting to bite, said Jim Hardick, a managing partner with Moritz Dealerships, which sell the Chevrolet, Chrysler, Jeep and Kia brands in Fort Worth, Texas.

Shoppers with lower credit scores could be paying interest rates of 8% to 12%, Hardick said. “You couple that with inflation, and it has taken some people out of the market,” he said.

New car prices don’t yet reflect the downward pressure of rising interest rates and higher production. There is still plenty of pent-up demand due to the yearlong production shortage, according to Cox senior economist Charlie Chesbrough.

But there are signs they will.

“The recent changes in the economic outlook from rising interest rates is beginning to chip away at demand,” Chesbrough said in Cox’s recent report. “The waiting line for new vehicles is likely getting much shorter.”