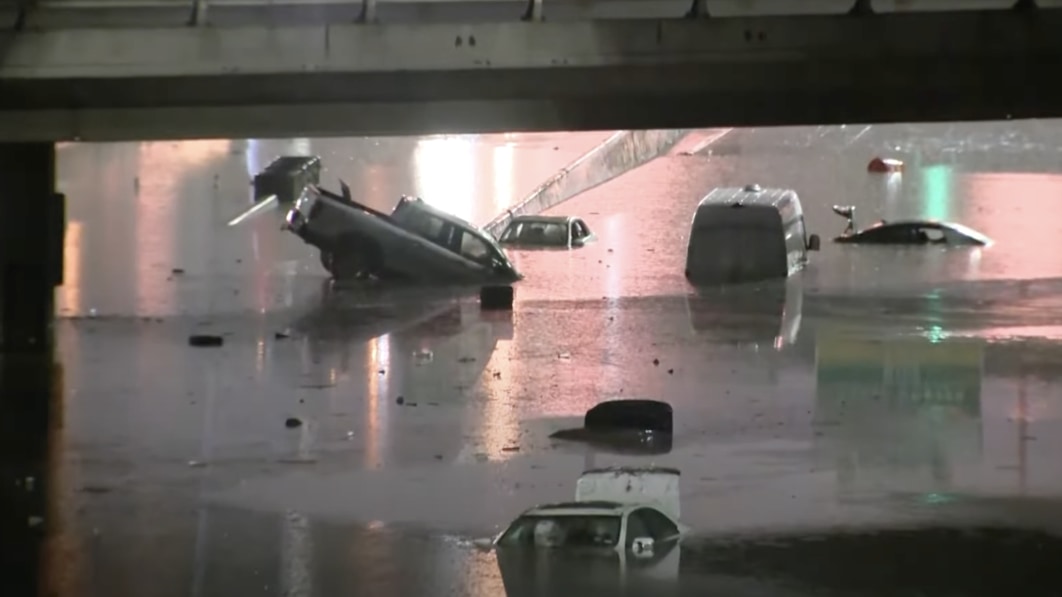 Commuters in Dallas, TX, are having a bad Monday morning. Heavy rains caused flash flooding in the area, filling the highways and overwhelming vehicles. Unfortunately, there may be more stories like this because as many as 13 million people are under flood watches.

People were rescued from submerged cars in the area, and there are numerous reports of flooded vehicles on side streets. Residents took to Twitter to show flood damage in their homes, with one user posting a photo of more than two feet of water in his apartment.

2+ feet of water in our apartment in East Dallas pic.twitter.com/FpJP8MkfFF

The region remains under a flash flood warning heading into Monday morning business hours, and weather forecasters say there’s a chance for more rain as the day wears on. The massive amounts of precipitation helped the area recoup some of the 10.32-inch rainfall deficit it had, but few will celebrate with such dire consequences.

The situation is expected to dry up a bit heading through the week, but the storms move south and east. That could threaten Houston and parts of Louisiana, where three inches of rain could fall in a short period. Forecasters say that local amounts could be much higher, so the flood threat is far from over for people in Texas and Louisiana.