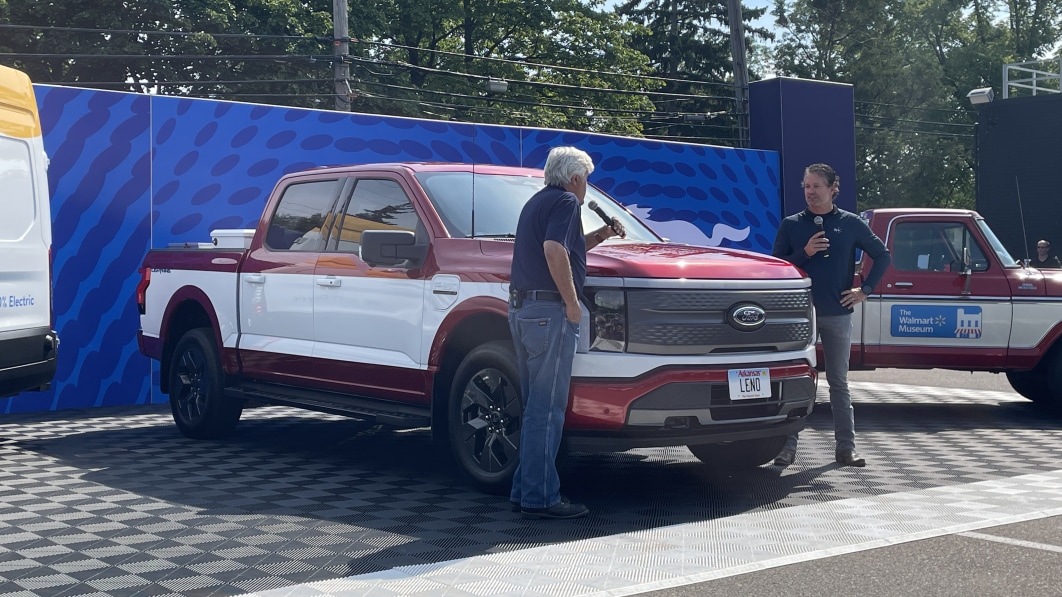 Jay Leno and Ford revealed an F-150 Lightning pickup done up in the same paint and color scheme as the then president and CEO of WalMart’s first truck, a 1979 F-150. The reveal took place roadside at the 2022 running of the Woodward Dream Cruise in front of a small crowd of onlookers.

Just like Walton’s F-150, Leno’s new Lightning gets a two-tone red and white paint scheme. It gets the gray wheels and a grayed-out grille in Lightning fashion, and it generally looks like a faithful replica to Walton’s old truck, minus much of the chrome and it not being a standard cab — Ford doesn’t offer the Lightning in anything but the Crew Cab, so that’s impossible to replicate. Leno’s new Lightning does have the dog box in the bed of the truck, though, which is similar to what Walton used as an avid hunter.

What isn’t similar to Walton’s pickup is how feature-rich it is. The pickup owned by the founder of WalMart was as base as base gets. It didn’t even have air conditioning. We don’t have any photos of the new truck’s interior yet, but the Lightning’s screen-heavy insides are nothing like what can be found in the F-150 back in 1979.