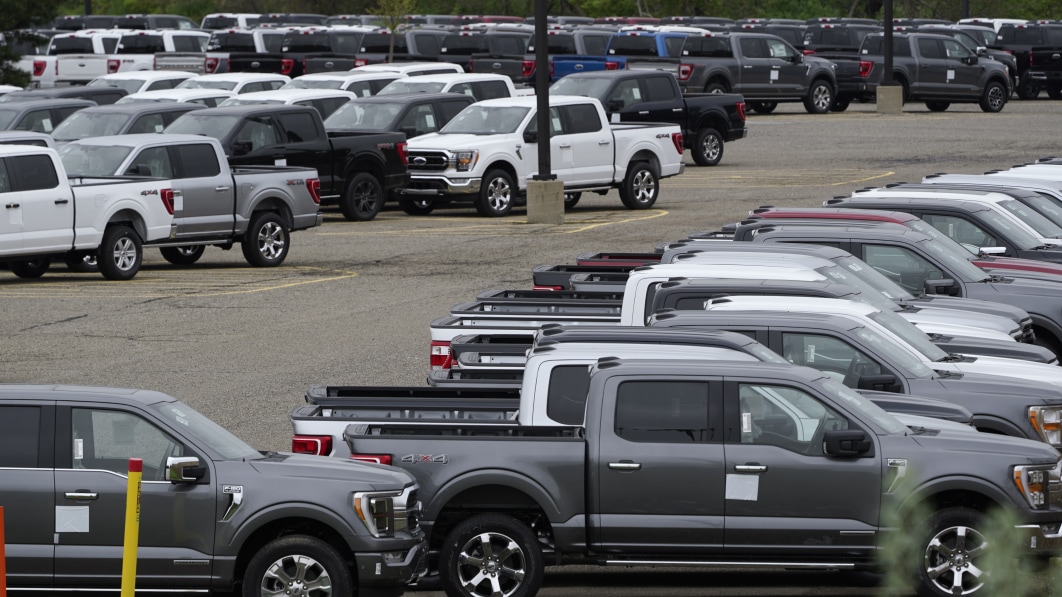 Car and truck prices may be slowly coming back down to earth, but ongoing supply shortages still plague major automakers. Vast parking lots stuffed with pickups and SUVs have become common sights in the shadows of Big Three facilities in Michigan, but those aren’t the only temporary holding sites playing host to thousands of trucks and SUVs awaiting parts that are caught somewhere in the ongoing global logistics crisis, as seen in satellite photos of the now-idle Kentucky Speedway in Sparta, KY.

Unfinished trucks are streaming into the facility’s massive parking lots — and this isn’t the first time, The Drive reports. The site was first tapped earlier this year when stockpiles exceeded Ford’s capacity to store them at its own facilities. The number of incomplete trucks began to swell again in August and has grown significantly over the past month, conjuring images of the Pontiac Silverdome’s vast abandoned parking areas serving as a dumping ground for diesel-powered VWs in line for the crusher in the wake of its Dieselgate scandal.

Kentucky Speedway sits about halfway between Cincinnati, Ohio, and Louisville, Kentucky — home to Ford’s Louisville Assembly plant. It was constructed just over two decades ago, when NASCAR’s upswing seemed immutable. It was dropped from the series schedule entirely after the 2020 season and has been idle since.