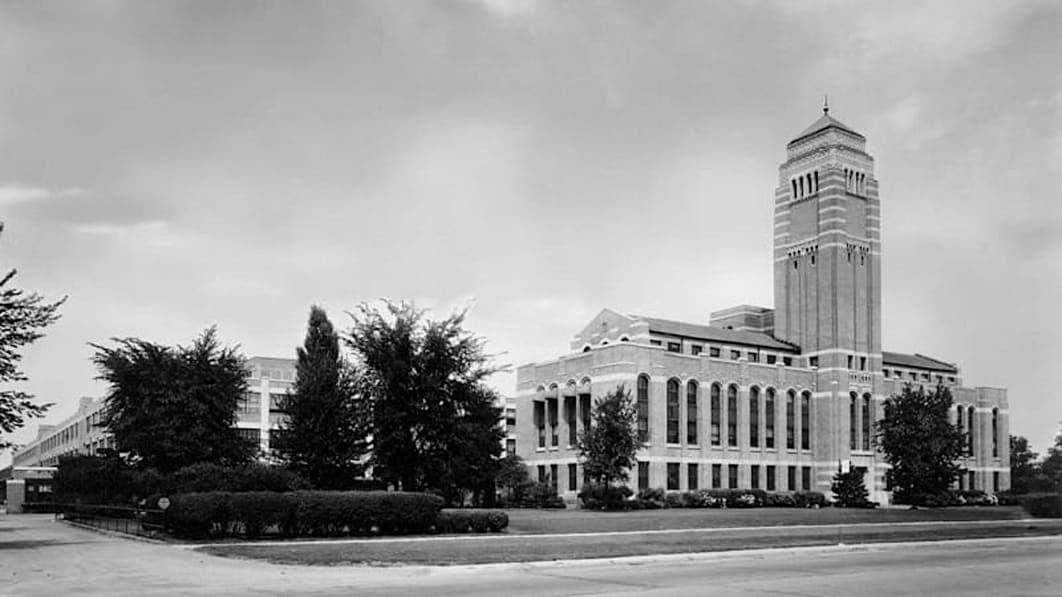 The former American Motors Corp. HQ site on Plymouth Rd. on Detroit’s west side may be home to automotive operations once again thanks to a potential deal between GM and the developer who is currently in the process of closing on the property. Sadly, the old building’s demolition is still all but guaranteed, as the developer says preservation of the old art deco edifice is cost-prohibitive, Crain’s Detroit Business (via Automotive News, sub. req’d) reports.

Developer NorthPoint announced plans in February to demolish the old building to make way for new industrial facilities. Northpoint says that the site would house one of two configurations (one building or two) depending on customer interest. GM and Northpoint have not yet officially inked a deal; ownership of the site in the Plymouth-Hubbell neighborhood will transfer from the city of Detroit to NorthPoint on Oct. 6.

The former AMC HQ building was originally constructed as a refrigerator factory. Most of the 2-million-square-foot property is old industrial space in the back; the office building up front was the architectural highlight and was featured prominently in photos of the old site. AMC used it as its headquarters from the 1950s to the 1970s, before it moved to the ‘burbs.  Nash-Kelvinator made helicopters there late in World War II. Chrysler inherited the structure when it bought AMC and then used it as an engineering facility, then sold the site during its 2009 bankruptcy. It has been vacant since 2010.