The Honda Prologue is getting closer and closer to production, but today marks a big step in that process with Honda revealing the full exterior and interior design for us. Don’t get too excited about powertrain and vital specs, though, as today is largely about design.

Honda is showing off a new design language that it calls “Neo-Rugged,” as it’s meant to look both tech-forward but ready for anything at the same time. The photos you see here are of a top trim model finished in North Shore Pearl, a color that Honda says will be exclusive to the Prologue. It features things like a panoramic moonroof, 21-inch wheels and a new spelled out “Honda” badge for the rear. Honda tells us the front fascia is inspired by that of the cute Honda e, and while we see the inspiration in there, the big SUV said fascia is attached to is nothing like that of the Honda e.

The interior looks familiar to us when it comes to Hondas, as it features a freestanding 11.3-inch touchscreen running Honda’s infotainment software, a bunch of buttons and knobs and a general simplicity about it. Its 11-inch instrument cluster is fully digital and while it also protrudes above the dash, it’s neatly integrated and tucked into it and looks cohesive with the overall design. Honda didn’t show off backseat space in its photos, but it claims the Prologue will feature ample space for both passengers and cargo. 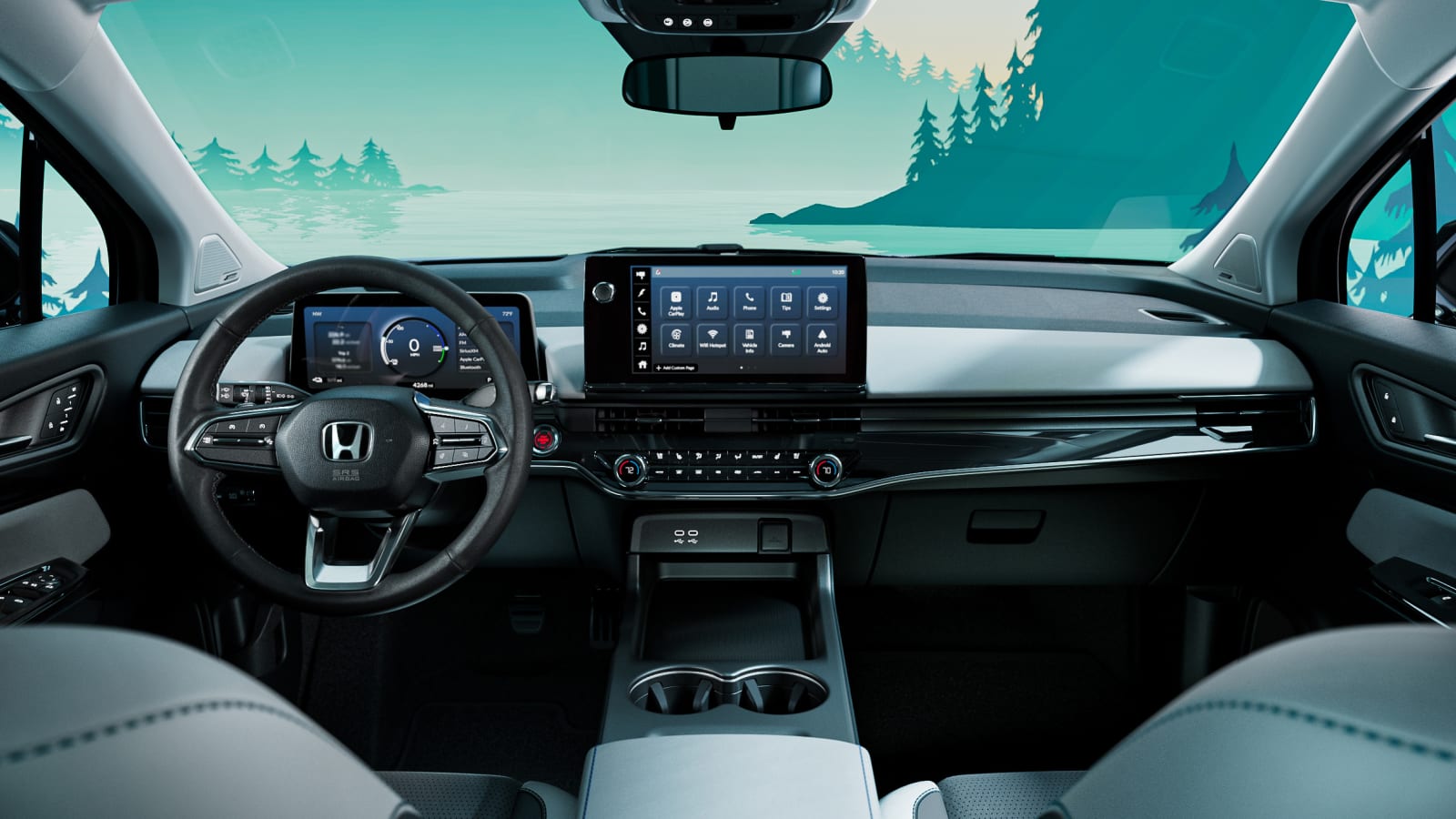 In the realm of specs, Honda is providing some key measurements, such as a 121.8-inch wheelbase. Those who paid close attention to the Chevrolet Blazer EV’s spec sheet will see that the Prologue is identical, indicating that the Blazer EV’s platform is the one Honda is borrowing for its electric SUV. That wheelbase is also 8 inches longer than the new 2023 CR-V, and it’s also wider than the CR-V by 5 inches.

Lastly, Honda tells us that it’s planning a unique transition program for those interested in Prologue now. Since it won’t be on sale until 2024, Honda will be offering two-year leases on the new Honda CR-V Hybrid (instead of the usual 3 years) that will allow folks to drop the CR-V and pick up the Prologue right when it launches. This lease program is only available in ZEV states, though, and it doesn’t appear to guarantee any sort of Prologue allocation if you go through with it.