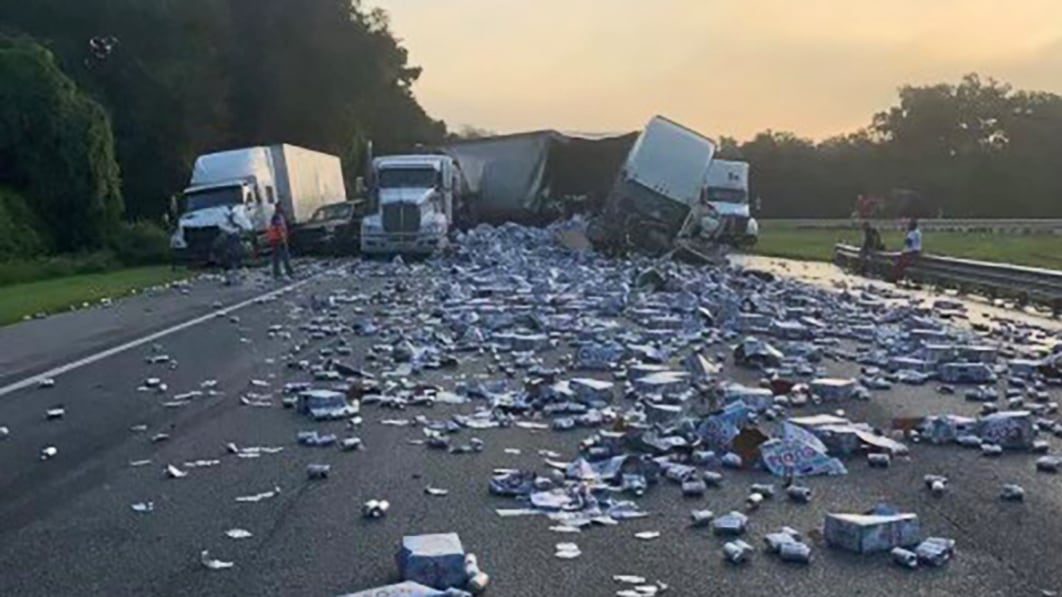 Interstate 75 through Brooksville, Florida, reopened at noon on Wednesday after a crash involving multiple semi trucks and a pickup left the highway covered in the remains of hundreds of cases of Coors. Southbound traffic was diverted via local highways while the Florida Highway Patrol oversaw the cleanup.

Per the Tampa Bay Times, the crash was the fault of a semi driver who attempted to overtake another, striking its trailer. The two trucks were able to safely pull off the highway after the initial collision, but vehicles arriving at the accident scene afterward were struck by the truck carrying the beer, setting off a chain reaction that roped two additional semis and a pickup truck into the mess. The stopped truck hit by the beer hauler was carrying a load of concrete; maybe the Coors wanted to be reunited with the ground up remains of its mother land.

Update: Crews continue to work to clear vehicles and debris along I-75 at this hour. pic.twitter.com/oEuReTxASX

Motivations aside, the consequences of the pileup were few. The pickup driver was the only one to report injuries, all of them minor. The accident happened shortly after 6:00 a.m. Wednesday. FHP had one lane open southbound by 8:45 and the highway was fully reopened by noon.