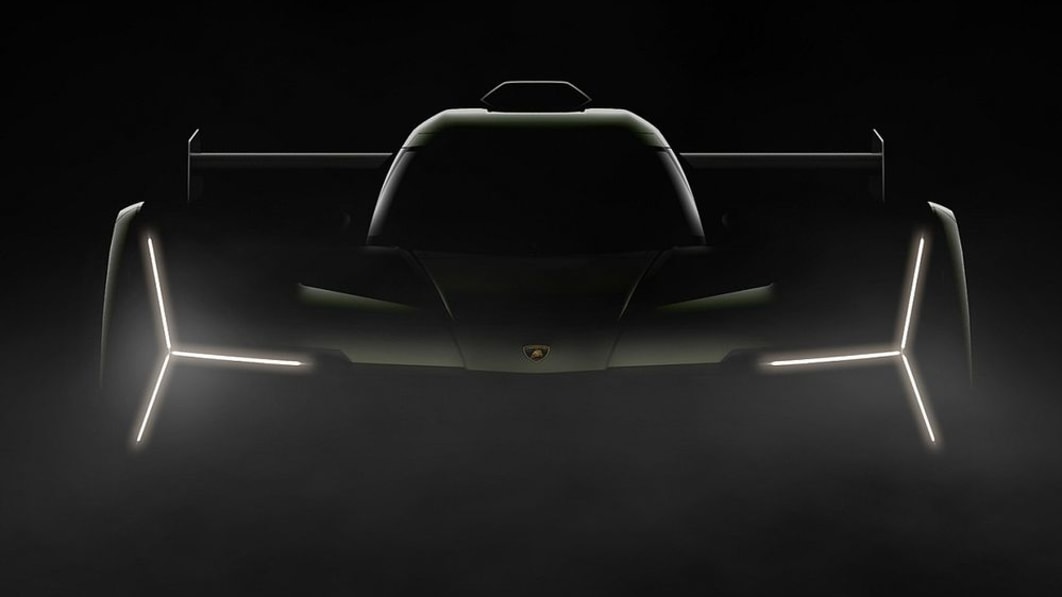 The car that replaces the Lamborghini Huracán is rumored to get a twin-turbocharged hybrid V8 possibly making something like 850 horsepower. The engine’s origins and details remain in the shadows, but it’s possible we’ll get a preview of some of its components in Lamborghini’s LMDh prototype racer. The Italian brand announced its entry for the Le Mans Hypercar (LMH) class of the FIA World Endurance Championship and the GTP class of the IMSA WeatherTech SportsCar Championship would be powered by a twin-turbo V8 developed in-house by the Squadra Corse motorsports division.

All we know for now about the competition mill is that it will be a 90-degree V8 with an output of around 670 horsepower, midway between the 644 and 697 ponies allowed in the regulations. Partners in the enterprise include Bosch, which will develop the electric motor in the energy recovery system, Williams Advanced Engineering will supply power management software and the energy storage unit, while Xtrac will provide the seven-speed hybrid transmission. The engine will weigh at least 396 pounds, the minimum required by regulations, and enable a top speed of 210 miles per hour or thereabouts.

This is the first time Squadra Corse has developed an engine for Lamborghini, and various race media have said it’s not only different to the V10 used in Lamborghini’s current Huracan GT3 and Super Trofeo cars, it’s distinct from the twin-turbo 4.6-liter V8 going into the Porsche 963. The Huracan successor is thought to get an evolution of the 4.0-liter twin-turbo V8 in the Urus. However, it is impossible to believe Squadra Corse is expending the whopping amounts of time and money required for a race-winning engine for an internal-combustion powerplant that will only ever be used on track. The point of IMSA, the ACO, and the FIA coming together on mutual regulations for LMDh and LMH was to support road-applicable technology able to race in the premier sports car series’ around the world.

We should get our first look at Lamborghini’s new race car by next year’s Rolex 24 at Daytona at the latest. A year of testing in 2023 will lead to official competition outings in 2024, the teams running the car yet to be announced.