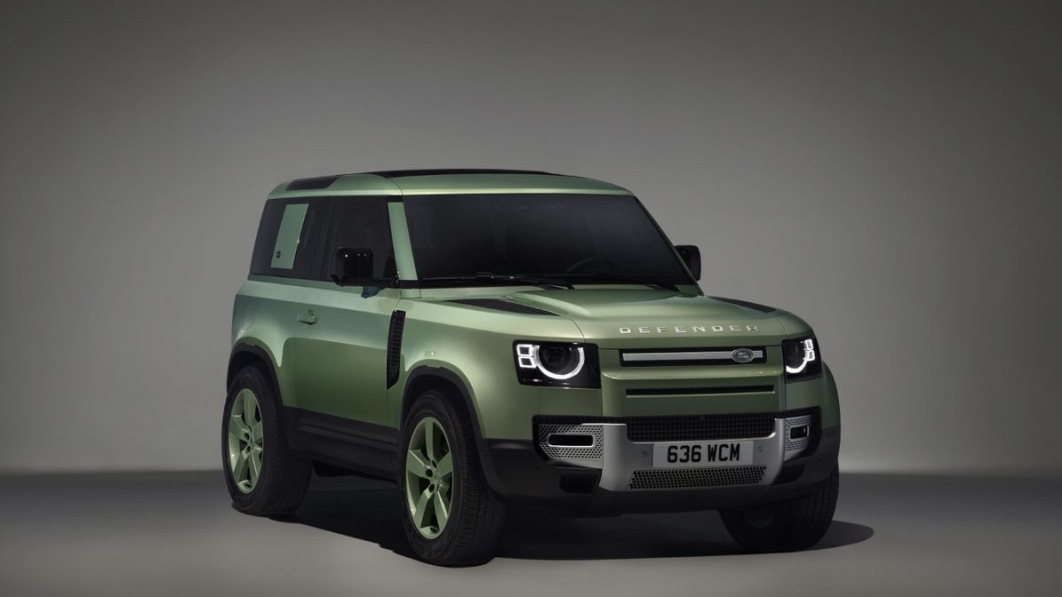 Sometimes, it’s all in the name: The 2023 Land Rover Defender 75th Limited Edition is a limited-edition version of the Defender designed to celebrate Land Rover’s 75th birthday. It’s available in both 90 and 110 lengths, and it features a specific paint color on the body and the wheels.

Land Rover’s first car, the Series I, made its global debut at the 1948 edition of the Amsterdam auto show. Fast-forward to 2022 and the commemorative Defender wears Grasmere Green paint that’s not available on other members of the lineup. The color appears on the body and on the 20-inch wheels to create a visual link between the Defender and the Series I, which shipped with body-colored steel wheels.

Edition-specific emblems and Ceres Silver accents on the bumpers add a finishing touch to the look. Inside, the dashboard’s trim is painted in Grasmere Green, the seats are upholstered in what Land Rover calls Resist Ebony, and the center console features Robustec upholstery.

While the Series I was endearingly basic, the Defender 75th Limited Edition is anything but. The list of standard equipment includes a surround-view camera, Terrain Response technology, a Meridian sound system, a head-up display, a wireless device charger, and an 11.4-inch touchscreen for the Pivi Pro infotainment system. Heated front seats and a folding fabric roof are part of the package as well.

The only engine offered is a 3.0-liter turbocharged straight-six that works with a 48-volt electric supercharger to develop 395 horsepower and 406 pound-feet of torque. Called P400 in Land Rover-speak, it spins the four wheels via an eight-speed automatic transmission.

The 75th Limited Edition isn’t the only commemorative limited-edition Defender due out for the 2023 model year. The British company is celebrating 30 years of the original Defender’s debut in the United States with a 110-based model called 30th Anniversary Edition.