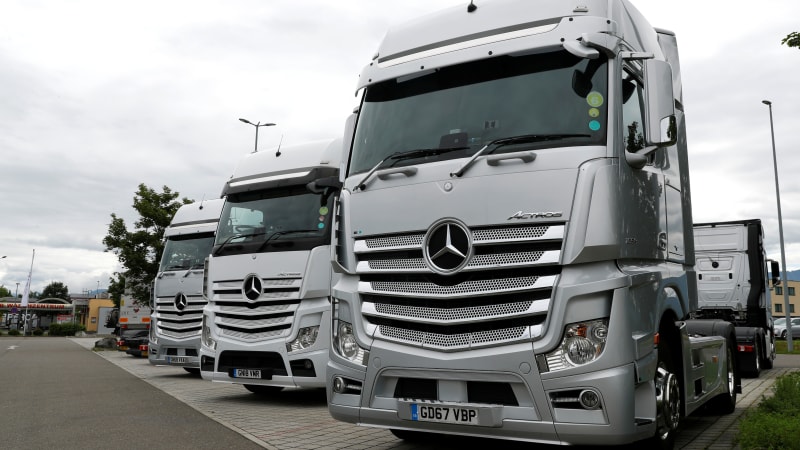 isn’t exactly the most environmentally friendly organization, but it’s trying to become much greener. F1 is targeting by the end of the decade and have been over the last few years. F1 leaders are aiming to only use sustainable fuels in F1 cars . Race cars are only a small piece of the puzzle, though. Holding two dozen grands prix around the world requires shifting cars, parts and other materials between circuits, which generate more carbon emissions.

The Mercedes-AMG F1 team, however, has experimented with a way to reduce freight emissions. It used hydrotreated vegetable oil (HVO 100) biofuel in 16 trucks as it moved operations between Spa, Zandvoort and Monza for the final three European grands prix of the season. Since those circuits are relatively close to each other, Mercedes didn’t need to rely on, say, air freight to ship cars and components. That gave the team a good opportunity to test the biofuel, given a total driving distance of around 1,400 kilometers (870 miles). However, the team noted it needed to use diesel fuel for the last 20km (just over 12 miles) due to supply issues.

“Sustainability is at the heart of our operations. Trialing the use of biofuels for our land freight is another example of our commitment to embed sustainability in every decision we make and action we take,” Mercedes F1 team principal Toto Wolff said. “We aim to be on the cutting edge of change and hope we can make the adoption of sustainable technology possible as we are all in the race towards a sustainable tomorrow.”

Other biofuels are being tested for use in Formula 1. Teams started using E10 biofuels (which contain 10 percent renewable ethanol) in F1 cars this season as part of the transition to fully sustainable fuels. While that’s some distance away from employing fully sustainable fuels, the use of E10 and HVO 100 are positive steps toward making motorsport much healthier for the environment.