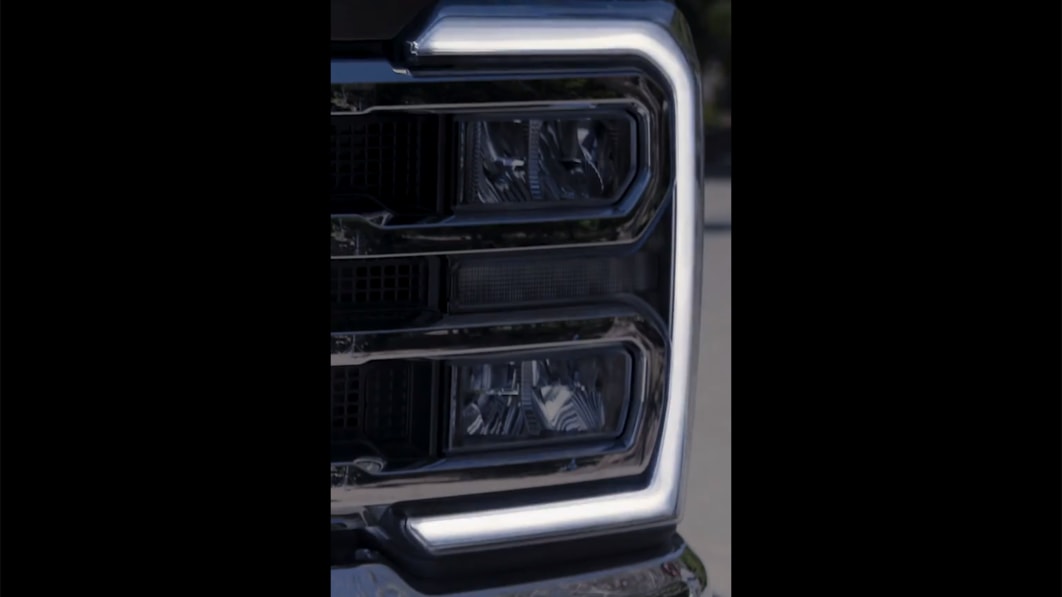 Ford let the new Mustang claim all the thunder at the Detroit Auto Show earlier this month, saving the reveal of the new Super Duty pickup for September 27. The automaker teased the heavy-duty truck on its social media channels, the 11-second clip giving away almost nothing. What we can be certain of are C-shaped daytime driving lights framing some mongo headlights framing miles of grille. The DRLs form an unbroken line on the Super Duty, instead of being broken by the bumper as they are on the F-150.

Other than that, we get a snippet of the lower front valance deeper than the one we’ve seen in spy shots of the Super Duty Tremor, a peek at a front tire, and a glimpse at the embossed logo in the hood.

There’s anticipation for what’s under the hood and in the cabin. A new naturally aspirated 6.8-liter gasoline V8 could replace the 6.2-liter Boss V8 that’s been in the lineup since 2010. The 6.2 makes 385 horsepower and 430 pound-feet of torque. In the current Super Duty lineup; it sits below the 7.3-liter Godzilla gas V8 putting out 430 hp and 475 lb-ft of torque. Assuming a 6.8 shows, it’s possible it prioritizes efficiency instead of a notable increase in output over the 6.2. The other engine that should cross to the new truck along with Godzilla is the 6.7-liter Power Stroke V8 diesel with 475 hp and 1,050 lb-ft.

In the cabin, Ford watchers are expecting tablet-like infotainment screen, possibly reworking the upper half of the instrument panel. There will also be new grille treatments to go with specific trims, and a new bed step. After the debut this month, order books will open in the first half of October.