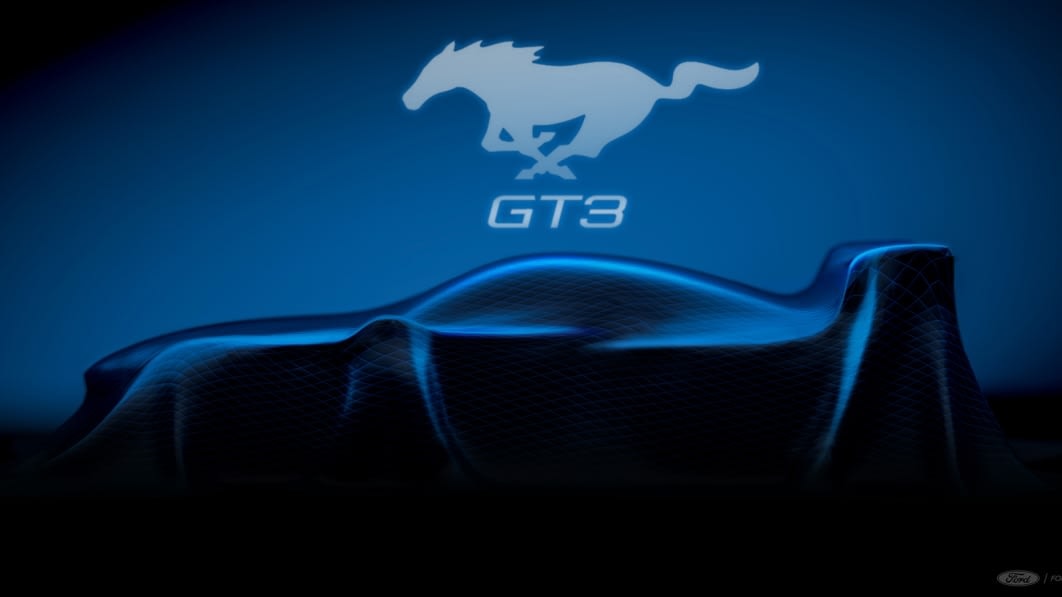 Another day, another teaser for the next-generation S650 Ford Mustang. While the last teaser made a cryptic hint about “Performance,” this one plays no games — it’s even posted by the Ford Performance Twitter channel. A brief audio clip plays what sounds like the cockpit of a race car, which in this case would be the Ford Mustang GT3 racer that will campaign in the IMSA series in 2024. There’s a cabin clearly lacking sound insulation, an exhaust note far fiercer than the V8 audio clip from a previous tease, and straight-cut gears shifting faster than anything else in the Mustang lineup short of the seven-speed dual-clutch in the Shelby GT500.

The two factory-backed Mustang racers competing in the GTD Pro class will use a naturally aspirated 5.0-liter Coyote V8 developed by Ford Performance, built Ford of Europe’s motorsports partner M-Sport. Known mostly for World Rally Championship entries with Ford, the English motorsport company developed a V8 for Bentley that won the 2020 Bathurst 12-Hour race. Canada’s Multimatic is also involved with the Mustang GT3 car, possibly helping develop and fine tune features like the rear-mounted transaxle and short-long arm suspension. Although the car won’t start chasing victories until 2024, we suspect some close-up views will be had in the lead-up to next January’s Rolex 24 at Daytona. In keeping with GT3 class rules, Ford will offer 20 examples of the Mustang GT3 to customer teams, so there could be a whole herd of horses stampeding for the line in 17 months. There will also be a new-generation GT4 competition car, and a version headed to Australia for that country’s Supercars Series.

The stampede to the launch of this car at the Detroit Auto Show is less than a week away.