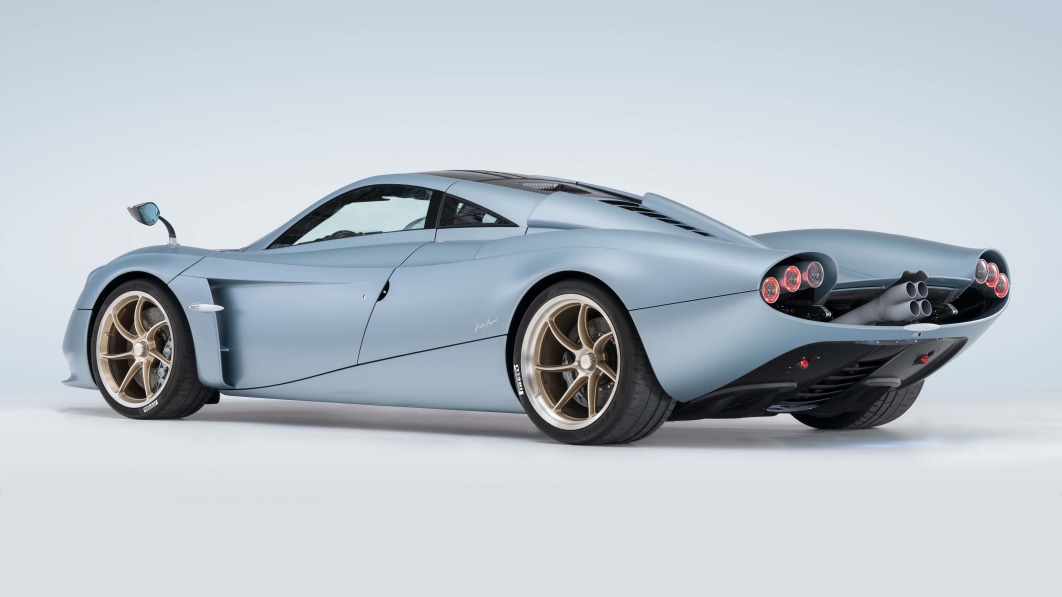 Have you ever taken a look at the Pagani Huayra in your driveway and wished that it was even more unique and exclusive? No? You say you don’t have one? Ah, well it’s surely because you’ve been waiting for that unique and exclusive version (and felt the other unique ones of late weren’t good enough). And that car is here. The Italian supercar builder has announced a stunning variant called the Huayra Codalunga that will cost $7.34 million and have a production run of just five units.

Codalunga means “longtail” in Italian, and describes perfectly what makes this Huayra unlike the others. Pagani says that it’s a tribute to the speed machines of the 1960s. Starting with the Huayra Coupé, Pagani stretched out the body and gave it some extra-sleek lines inspired by 1960s race cars and aircraft.

“We drew inspiration from the long tails of the 1960s that raced at Le Mans,” explained Horacio Pagani in a statement. “We have taken away rather than added. Simplifying is not at all straightforward, and this vehicle is, above all, the result of a complex pursuit of simple ideas.”

The Codalunga was developed by Pagani Grandi Complicazioni, their in-house division for special projects. The genesis dates back to 2018, when two unnamed customers asked Pagani to create a long tail version of the Huayra. Since then, the two have worked closely with the company to usher the car into fruition.

Beneath the elegant bodywork, which includes an engine cover that is 14 inches longer than on the Huayra, sits a variant of the 6.0-liter AMG V12. In Codalunga guise, it makes up to 840 horsepower and 811 lb-ft of torque. Despite its increased length, the Codalunga actually weighs less than the Coupé, tipping the scales at just 2,820 pounds. An exposed exhaust system is fabricated from titanium and weighs only 9.7 pounds.

Since only five will be made, and there were two customers who commissioned the car, our rudimentary math skills indicate that there will be three left. Pagani didn’t say how one could go about asking for a quote, but when you’re dealing with this kind of money and exclusivity, it’s probably more of a “we’ll let you know” situation. And really, we wouldn’t be surprised if those other three examples have already been sold.

The new ‘Forza Motorsport’ is coming in spring 2023

The new ‘Forza Motorsport’ is coming in spring 2023