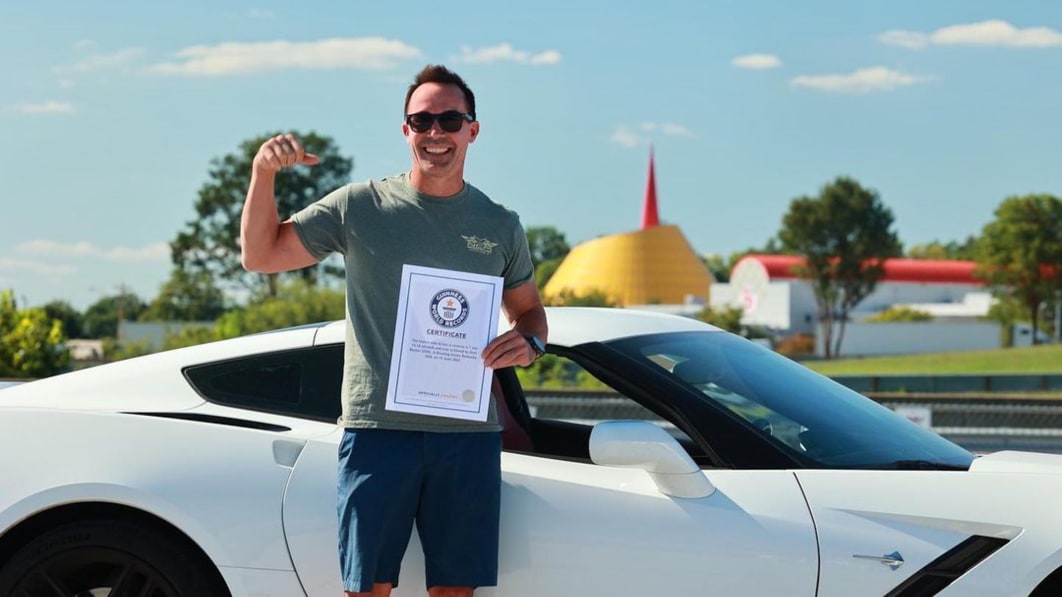 Any fan of “The Fast and The Furious” movies can name at least two times someone drove a car in reverse as fast as they were driving forward. Of course, some of that is movie magic, but there are some real mechanical “things” happening that we can’t see. In the real world, a Tennessee man has made it his life’s mission to test and document the top reverse speed of vehicles. He recently set a Guinness World Record for the fastest mile driven in reverse with an average speed of 48 mph. He hit a peak speed in that average mile of 54 mph. The drive took place in June, and he just won Guinness recognition.

Scot Burner runs the YouTube channel “Always in Reverse,” where he takes cars on-track in reverse to test their top speed. His record attempt took place in his 2017 Chevrolet Corvette Stingray at the National Corvette Museum’s Motorsports Park in Bowling Green, Kentucky. Burner told Fox News that his technique is simple: He turns around with his right hand on the passenger seat and steers with his left. The rear window is his only view onto the track ahead, which can be disorienting at first, but Burner says he’s been at it since 2000, giving him plenty of time to practice.

Cars feature speed limiters that prevent them from traveling more than 60 mph in reverse, meaning the cars in the movies have been heavily modified to deliver 100 mph-plus speeds. Paul Walker did it with a Mitsubishi EVO 12 in “2 Fast 2 Furious,” and Vin Diesel did the deed in a flaming hotrod in “The Fate of the Furious” (or stunt drivers did, anyway.) Luckily for Burner, he wasn’t running from gangsters, and his car didn’t end in flames. Still an impressive record, however.

Here are videos of his record run, followed by a video of him hitting 54 mph in a previous attempt 10 months ago: