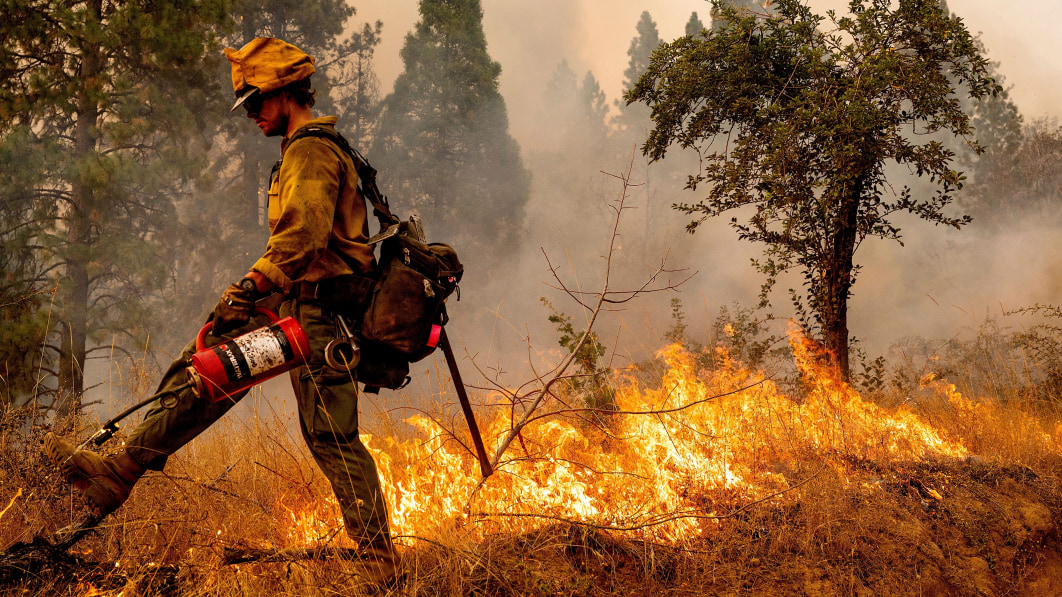 Tesla has updated its factory’s heating, cooling, and ventilation system and warned employees to wear N95 masks outside as wildfire smoke spreads through nearby towns, according to a recent report from CNBC.

The publication said Tesla sent out a memo to workers at its gigafactory in Nevada last week regarding the Mosquito Fire, and work has continued since then.

Over the past week, the Mosquito Fire has burned through over 70,000 acres of land in California. As of Monday morning, the fire was about 39% contained. But, smoke has filled Nevada towns, including Sparks, Nevada — the location of the Tesla gigafactory that employs thousands of workers.

In the memo, which was viewed by CNBC, Tesla said it had updated its HVAC system to “recirculation mode” in order to avoid pulling air from outside the building into the factory.

The company also told workers it had upgraded the HVAC filters over the past year to better capture smoke particles and filter them out, and was replacing the filters more frequently, CNBC reported.

A spokesperson for Tesla did not respond to a request for comment from Insider.

On Thursday and Friday, air quality in the area was rated between “unhealthy” to “very unhealthy.” Since, the quality of air in the area has risen to “good” after rains came through the area over the weekend. On Wednesday, public school officials closed several campuses in Reno and Sparks, Nevada over the hazardous air quality.

It’s not the first time the factory has had to deal with the effects of a wildfire. Last year, California saw a slew of wildfires, several of which contributed to smoke concerns in Nevada.

But, Tesla workers at the Nevada gigafactory might not have a choice when it comes to remote work options.

Earlier this year, Tesla CEO Elon Musk told Tesla staff to return to the office full-time or quit. The companywide email came shortly before the billionaire announced his plans to lay off 10% of the electric-car maker’s salaried employees.

Do you work at Tesla? Reach out to the reporter from a non-work email at [email protected]

Tesla is crushing the competition on electric-car charger costs

I used Tesla’s Autopilot for the first time and found it makes a long drive bearable — as long as you remember what it can’t do
Dallas mansion’s Ferrari room is a life-size car display case
2023 Dodge Challenger Black Ghost honors a Detroit legend
Kia EV6 production may move to U.S. to meet EV tax credit requirements
Tesla is crushing the competition on electric-car charger costs
The new Autel MaxiLink ML629 OBD2 scanner is 49% off right now

Tesla is crushing the competition on electric-car charger costs