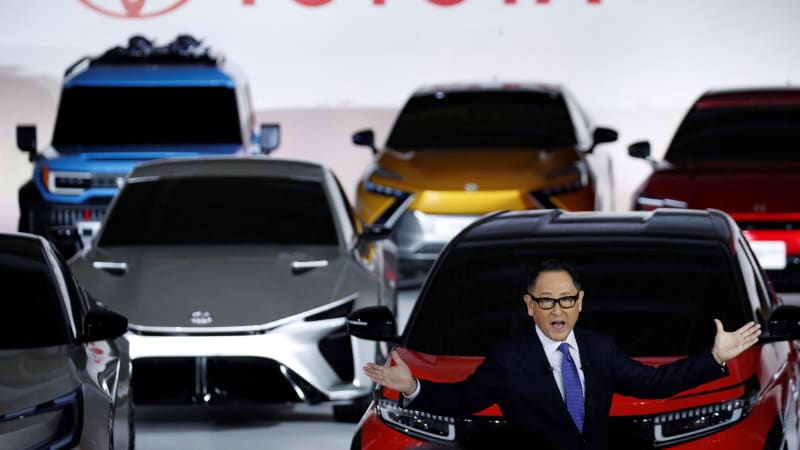 Toyota will boost its planned investment in a new U.S. battery plant from $1.29 billion to $3.8 billion, partly in response to rising consumer demand for electric vehicles, the company said on Wednesday.

Battery maker Panasonic will be a partner in the Liberty, North Carolina, plant through its Prime Planet Energy & Solutions (PPES) joint venture with Toyota, according to Norm Bafunno, senior vice president of powertrain manufacturing and engineering at Toyota Motor North America.

The Liberty plant is slated to open in 2025. PPES will provide expertise in battery making technology and equipment, Bafunno said in an interview.

Panasonic also has a joint battery making venture with Tesla in Nevada and recently announced plans to build a $4 billion plant in Kansas that is expected to supply Tesla and other automakers.

Toyota now plans to add two production lines dedicated to making batteries for fully electric vehicles at the Liberty plant, in addition to the four lines initially planned to make smaller batteries for hybrid vehicles such as the Toyota Prius, Bafunno said. He declined to provide the plant’s planned production capacity.

Initially, Bafunno added, the plant will make lithium-ion batteries using relatively conventional electrode technology – a mixture of nickel, cobalt and manganese for the cathode and graphite for the anode. But newer technologies, including solid state electrolytes, could be introduced over time.

“This technology is going to evolve quickly,” Bafunno said.

The higher investment figure for the Liberty plant follows the recent passage of the U.S. Inflation Reduction Act, which provides incentives for manufacturers and tax credits to consumers aimed at boosting local content in EVs and batteries.