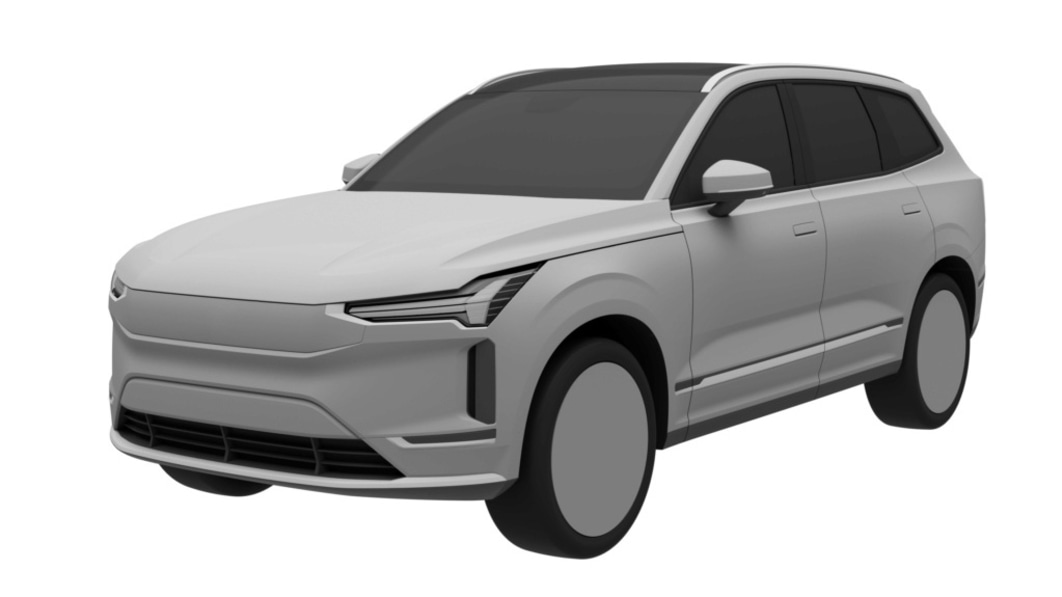 Motor1 found a trademark application Volvo filed at the EU Intellectual Property Office on June 13 to reserve the name “EXC90.” A month later, the Worldscoop Forum for European car fans posted these images, sourced from the same government agency. We can’t be certain the two filings are related, but circumstantial evidence points to this being the full-sized XC90‘s battery-electric successor that will be called the EXC90. Another circumstantial log for the fire is that Volvo ex-CEO Hakan Samuelsson said the coming family transport would start with a vowel. Based on yet another trademark filing from last year and Samuelsson saying Volvo would “give cars a name as you give a newborn child,” we’ve been looking out for the name Embla. But hey, EXC90 Embla would cover all the bases, and it could differentiate the battery-electric XC90 from the hybrid version we know will continue to sell.

Rolling with the possibility, the drawings show a crossover taking clear cues from both the current XC90 and the Volvo Concept Recharge design study from November of last year. The headlight design, sold grille and vertical lower intakes look traced from the Concept Recharge. The hood is much more upright, a la the retail XC90, as are the horizontal roof and full-figured sides. In back, the drawings diverge from the XC90 and the concept. The backlight is more raked than that on the XC90, meaning it’s far more angled than the upright hatch on the concept. The C-shaped lights are more like units on Volvo sedans, unconnected to the upright light elements beside the hatch glass in the same way the XC90’s and concept’s are. Below that, there are no visible exhaust outlets, but the ICE-powered XC90 hides its outlets, too.

Not long after posting these exterior shots, Worldscoop posted interior shots as well. These represent designs that differ from every Volvo interior save for the inset where the portrait-oriented infotainment screen goes. The left and right steering wheel spokes feature floating inserts. The instrument panel stretches a single vent across its width, removing the vertical vents next to the infotainment screen, and might be reminiscent of the unit in the Polestar in placing the HVAC controls at the bottom of the touchscreen. The center tunnel design is brand new, vastly more open than those in retail models and lacking a shifter.

Current CEO Jim Rowan said of the coming XC90, whatever its name will be, “The fourth quarter of this year is when we will release more details about this product.” The mysteries should be solved soon.