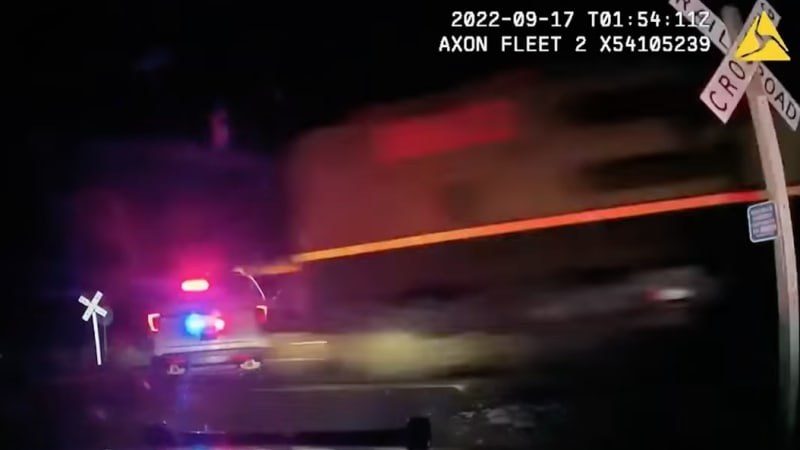 GREELEY, Colo. — A 20-year-old woman who was seriously injured when the parked police patrol vehicle she was detained in was struck by a freight train in northern Colorado has been released from the hospital.

Yareni Rios-Gonzalez, of Greeley, is recovering at home with nine broken ribs, a broken arm, a fractured sternum and numerous other injuries to her head and back, her attorney, Paul Wilkinson, told KUSA-TV.

“She is bedridden. She can move around a little bit. She also has a fractured leg that she wasn’t initially aware of,” he said. “She’s still really, really hurt.”

Multiple law enforcement agencies responded to a report of a road rage incident involving a firearm in Fort Lupton on Sept. 16. A Platteville police officer stopped Rios-Gonzalez’s car just past a set of railroad tracks and parked the patrol vehicle on the crossing.

She was placed in the back of the police vehicle, which was hit by the train as officers were searching her car.

Police bodycam and dashcam video shows officers scrambling as the train approaches and slams into the patrol vehicle, which is parked squarely on the tracks.

One officer says, “Oh my God,” multiple times and another yells, “stay back,” as the train’s horn blares before the crash.

Bodycam footage shows officers running toward the mangled and crushed patrol vehicle through what appears to be a debris field left by the impact.

No one has been charged in the alleged road rage incident or the crash.