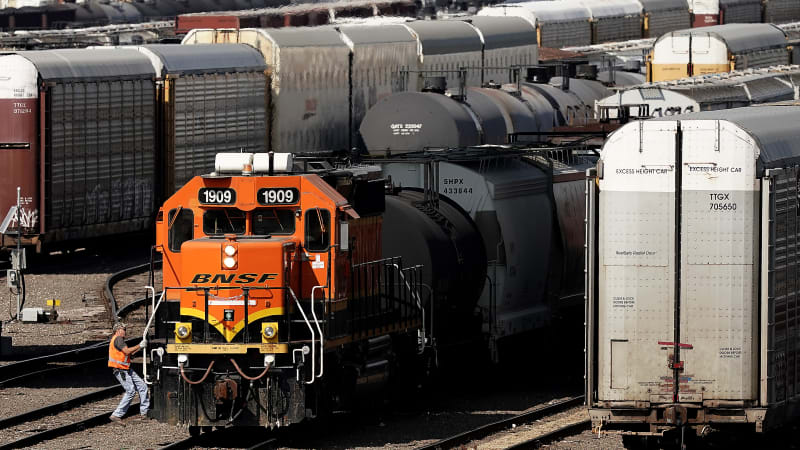 The last thing the automotive industry and new car buyers need are more delays in the supply and delivery chain, yet another major disruption is brewing. A strike by U.S. rail workers could happen if the railroads and unions can’t settle their differences before an early Friday walkout deadline.

Obviously, this is bad news for car industry as it relies heavily on trains to send new cars, trucks and SUVs criss-crossing the country from ports and manufacturing plants.

Nearly all new vehicles that travel more than a couple hundred miles from the factory to their destination are shipped by rail because it’s more efficient, said Michael Robinet, an executive director for S&P Global Mobility. So it’s almost a certainty that new vehicles coming to the U.S. from Mexico or other countries will be delayed, he said.

“It’s not like there’s extra (tractor-trailer) capacity to take all the vehicles that the railroads can’t carry,” Robinet said.

Automakers might be hampered in building vehicles, too, because some larger parts and raw materials are transported by rail. But Robinet said automakers will go to great lengths to get the parts to keep their factories running as much as possible.

Mike Austin, senior mobility analyst for Guidehouse Research (and former Autoblog editor), said the strike could make new vehicles even more scarce, driving prices up beyond current record levels. That could raise inflation “as other goods aren’t moving through the rails.”

Carlos Tavares, CEO of Stellantis, said Wednesday at the Detroit auto show that his company will wind up apologizing to customers because their orders may not arrive on time.

And it’s not just new car buyers that are going to be inconvenienced. Gas prices could go back up, too.

A strike could have a significant impact on the energy industry, and could hurt consumers who would likely end up paying more for gasoline, electricity and natural gas. Refineries might have to halt production if they can’t get the deliveries they need, or if they don’t have access to rail to ship gasoline.

No one wants to risk leaving flammable chemicals stranded on the railroad tracks if a strike occurs. That’s why railroads began curtailing shipments of hazardous materials on Monday to protect that dangerous cargo.

Roughly 300,000 barrels of crude oil move by rail each day, which could supply about two mid-size refineries, according to AFPM. And about 5 million barrels of propane, representing a third of U.S. consumption, are moved by rail monthly, the group said.

Roughly 70% of ethanol produced in the U.S. is shipped by rail, and ethanol accounts for about a tenth of U.S. gasoline volume, according to S&P Global Commodity Insights. Nearly 75% of the coal moved to electric utilities in the first half of 2022 was moved by rail, the group said.